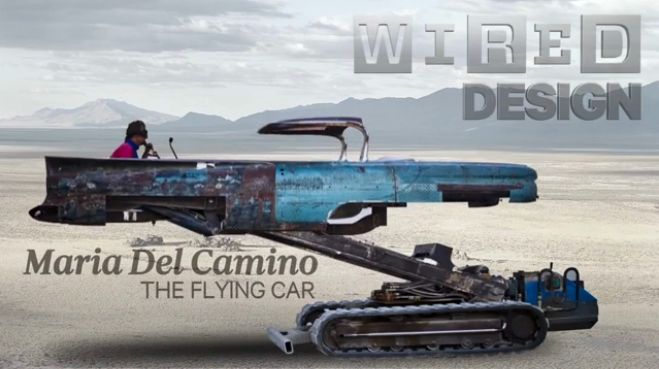 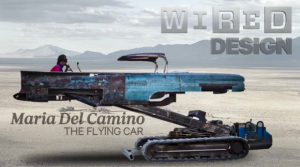 This article from Wired.com explores the gloriousness that is my friend Bruce Tomb’s flying car (not really), Maria del Camino. Maria is a 1959 El Camino on a 5-ton excavator base. I know Bruce from Burning Man and also because he lives just about a mile from me. This past summer I had the privilege of riding in Maria’s custom-formed fiberglass interior across part of Black Rock City, as the Burning Man festival locale is called.

When Bruce Tomb realized that flying cars weren’t on the imminent horizon, he decided to make his own.

The outcome might not be what you’d expect. With the help of some friends, Tomb created “Maria del Camino.” She’s an excavator topped with a 1959 El Camino, mounted on a hydraulic array that lifts it high off the ground. Her body is adorned with thousands of drilled-out holes, and her hood sports a portrait of the robot woman from Fritz Lang’s Metropolis, which shines when the light hits it. In simple terms, it’s nothing but sheer magnificence.