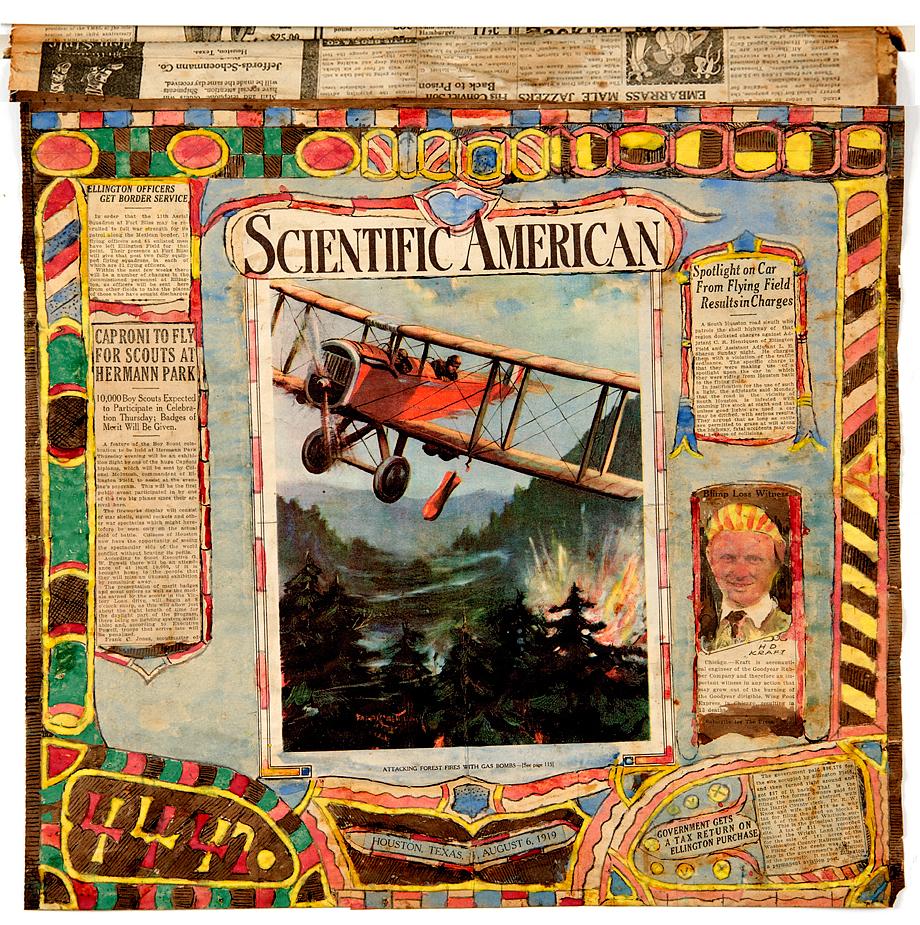 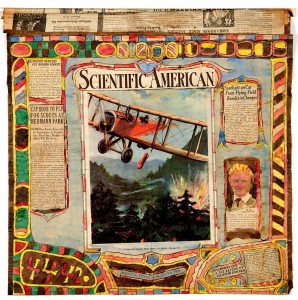 Charles Dellschau, a Prussian immigrant who came to the U.S. in 1853, was a butcher who lived in Houston. He spent the years between the turn of the century and his death in 1923 working on these scrapbooks, which combined news clippings, text, and art in visions of fantastic flying machines.

An art history student discovered 12 of his scrapbooks languishing in a junk shop in Houston in 1969. In all, the books contained more than 2,500 drawings. (This post on Design Observer contains many more Dellschau images.)

By deciphering the text on the books’ pages, as well as writings Dellschau left behind alongside the scrapbooks, Houston artist Pete Navarro found that the books were the records of a secret—and probably fictional—organization that Dellschau called the Sonora Aero Club. Dellschau identified himself as the draftsman of the club, which he claimed had formed during the California gold rush.