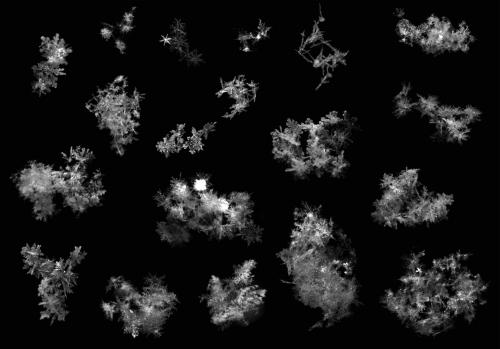 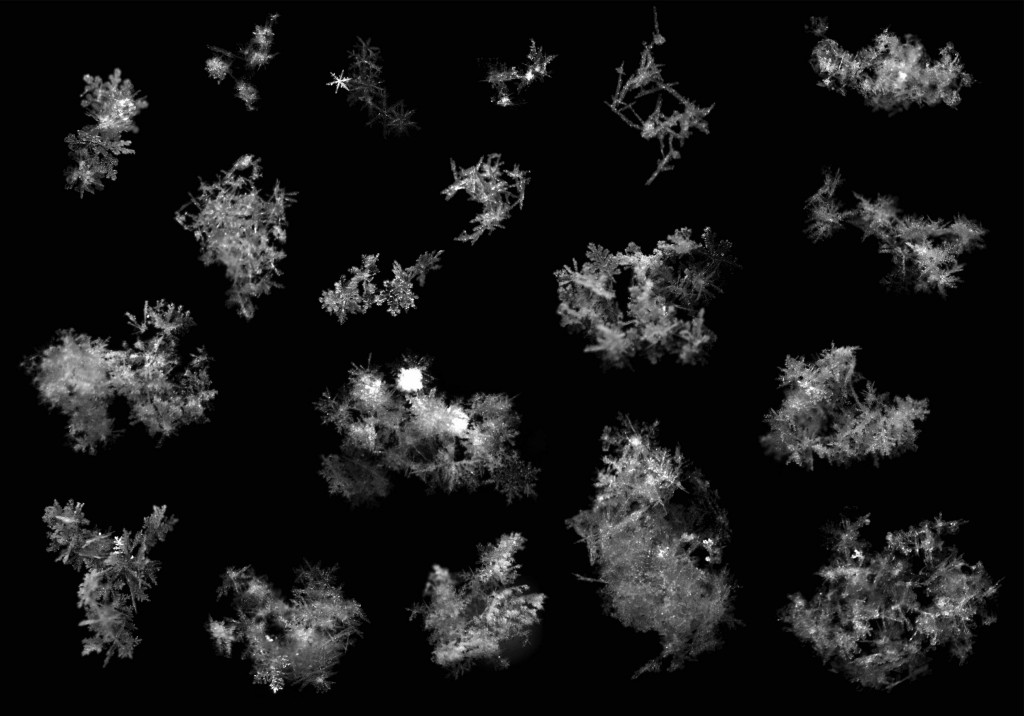 These fluffy snowflakes, known as aggregates, form when snow crystals collide with other snow crystals. Many of these flakes also show some riming, or an icy coating. A new high-speed, three-camera system developed at the University of Utah made these pictures as the snowflakes fell.

University of Utah researchers developed a high-speed camera system that spent the past two winters photographing snowflakes in 3-D as they fell – and they don’t look much like those perfect-but-rare snowflakes often seen in photos.
[Full article]