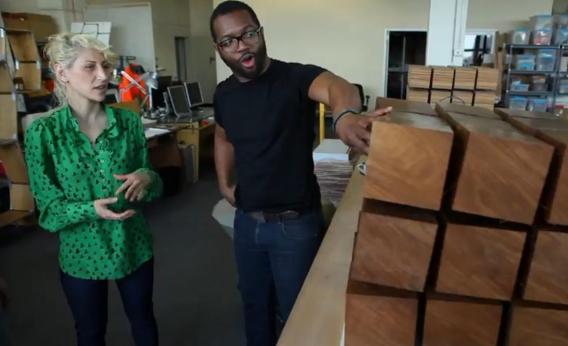 Baratunde Thurston is former director of digital for The Onion and the author of How to Be Black. Brian Janosch is currently writer-at-large at The Onion. Slate spoke with them about their new web series, Funded, which tells the stories of small businesses that have used crowdfunding to get off the ground.

Slate: What’s the idea behind Funded?

Baratunde Thurston: We—meaning Cultivated Wit, a company I helped start after leaving The Onion last year, along with Brian and Craig Cannon—are working with AOL Studios to do this 10-episode series about crowdfunding small businesses across the country. I’ll be hosting it, interviewing people and figuring out why they chose this path and who the people are that supported them. We want to put a new face on where businesses are coming, and get at the power of the story that these founders and entrepreneurs have to tell.

Brian Janosch: This is definitely a business story, but it is very much the storytelling angle to it that excites us. We’re excited to meet some of these people and hear what they have to say.