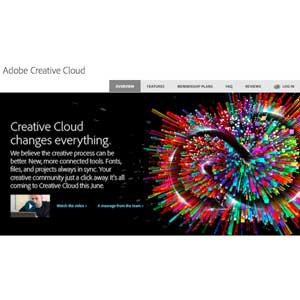 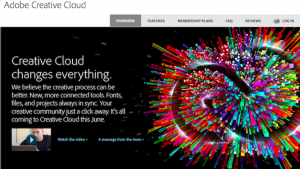 Adobe announced the end of their Creative Suite software, instead choosing to focus on their Adobe Creative Cloud subscription service. CS6 is the last version you can buy and download, and if you want access to tools like Photoshop and Illustrator in the future, you’ll need a subscription to get them.

Adobe says that customers “vastly prefer” the cloud-based subscription options over the stand-alone downloadable suites, and say they’ll give users who only want access to a single tool (like Photoshop, for example), instead of an entire suite of apps the ability to subscribe to just the program they’re looking for. Plus, they’ve lowered the price of those individual app subscriptions to $10/mo from $20/mo. You can read all of their pricing plans here. Adobe says that signing up for Creative Cloud also gives them the ability to roll out updates and upgrades to their applications when they can, instead of waiting to bundle them all into a major CS uplift. We’ve done our own analysis on whether it’s better to rent versus buy, and ultimately whether the change is good for you depends on the type of user you are.

If you’ve purchased a perpetual license or have upgrade rights based on your last purchase, Adobe says they’ll smooth your transition to Creative Cloud (likely be offering a steep discount). The change also makes financial sense for Adobe, since they can get a steady stream of subscription fees instead of a major uptick in revenue with each CS release. Plus, it cuts down on piracy, since all of their apps are web-enabled and require active subscriptions to work. For more details on how the new subscription model will work, check out CNET’s report below.