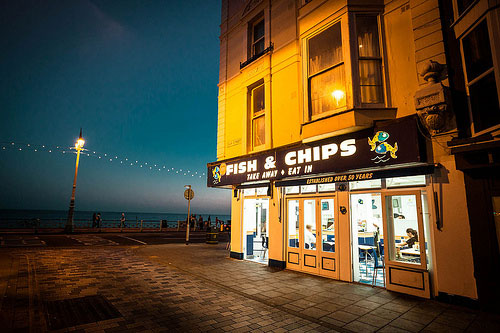 By Jason Grigsby from CloudFour.com:

Last year, I wrote about the challenges of picking responsive images breakpoints and how I found it a nearly unsolvable problem. It has vexed me since.

But I have a new idea on how we might be able to define responsive image breakpoints that is based on a performance budget.

Before I begin, I should note that a lot of this is a thought experiment. I don’t yet know how practical this approach would be.

While the first method is more efficient and will probably result in better image sizes, my suspicion is that defining “sensible jumps in file size” is so nebulous that most web developers are going to choose to do the second, easier option.

That is unless we can find a formula to calculate what constitutes a sensible jump in file size and that’s what got me thinking about performance budgets.

What is a performance budget?

I’m not sure how long the idea of a performance budget has been around, but I first became cognizant of the idea when Steve Souders talked about creating a culture of performance on the Breaking Development podcast.

Tim Kadlec expanded on the idea in a recent blog post. He cites the BBC which determined that “each page to be usable within 10 seconds on a GPRS connection and then based their goals for page weight and request count on that.”

So that’s the basic idea. Establish a performance budget and stick to it. If you add a new feature to the page and you go over budget, then you have a three options according to Steve (and transcribed by Tim):

What is the performance budget for flexible images?

Let’s apply this idea of a performance budget to responsive design. In particular, let’s treat the idea of flexible images as a feature. Because flexible images are a feature, we need a budget for that feature.

And as long as we’re making up the rules, let’s establish a few more hypotheticals:

One thing to keep in mind, 200k isn’t the cap for the file size of all ten images combined. Instead, it is the price we’re willing to pay for using flexible images instead of images that are perfectly sized for the size they are used in the page.