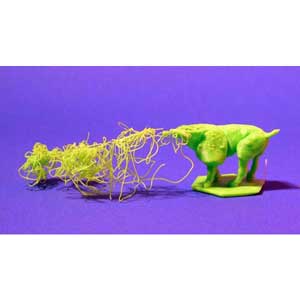 By Leslie Horn from io9.com:

Just because you have a 3D printer doesn’t mean you’re going to make anything remarkable. It doesn’t even mean you’re going to wind up with what you set out to produce. Believe it or not, 3D printing requires some skill. And when you don’t have it, things go delightfully askew.

While there are plenty of possibilities with a 3D printer, there’s also just about as much room for human error. You can’t let the printer get too hot. But it must be hot enough! And you don’t want it to work too quickly. But it has to work quickly enough! You’re going to mess up. But you’re not alone. Here are some of great examples of some pretty egregious 3D printing failures:

Whistles that can’t even whistle should be called something else.

Apparently, this was supposed to be some type of animal.

A failed attempt at a Celtic skull, via an entire Flickr group dedicated to 3D printer failures.

This ruined car comes from Beautiful Failures, a book that presents 3D printer screw-ups as art.