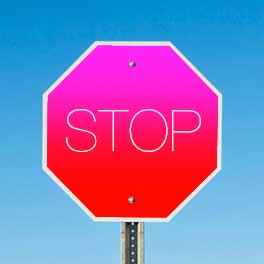 Apple’s colorful new iOS 7 redesign has received its fair share of criticism — but none so creative as that from a Tumblr called “Jony Ive Redesigns Things.”

The blog began after Sasha Agapov, a Los Angeles-based art director, posted his version of a Jonathan Ive redesign of Google‘s search engine on his Dribbble page. Agapov’s inbox was soon flooded with submissions from the Dribbble community, so he created the Tumblr as “a place to store all the good stuff.”

As for his take on the new iOS, Agapov told Mashable, “I’ve installed it, and only could handle it for a couple of hours — the new functionality, interaction and UX changes are great, but the colors and icons were really throwing me off a bit. We can’t really judge the new look now, since it’s gotten mixed reception, and perhaps Apple’ll make some steps to improve the visual part of the new iOS and release a prettier version this fall.”

Click through the gallery, above, to see some hilarious takes on Jony Ive’s iOS 7 redesign.