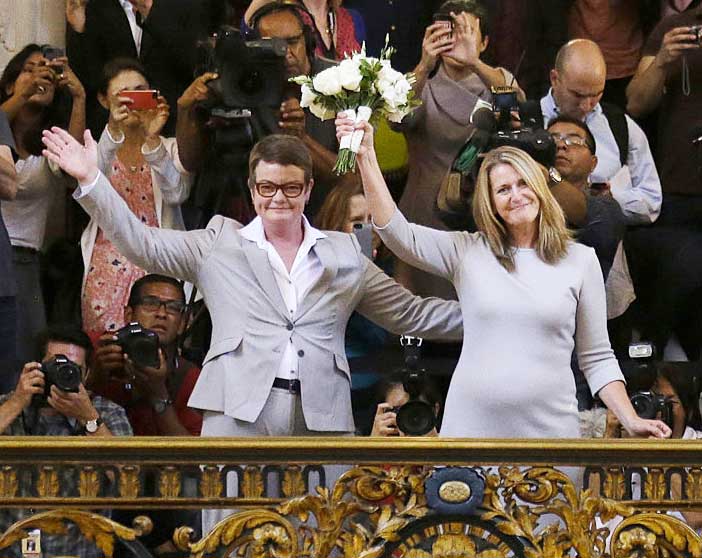 The Supreme Court’s ruling this week overturned both the Federal Defense of Marriage Act and California’s Proposition 8, both of which restricted the right of same-sex couples to legally marry. Edie Windsor, the plaintiff in the DOMA case, will be one of New York City’s LGBT Pride Parade’s Grand Marshals.

The 83-year-old plaintiff in the case challenging the Defense of Marriage Act (DOMA) will lead the 2013 New York City LGBT Pride March as a grand marshal.

Edith “Edie” Windsor will serve as a grand marshal alongside singer Harry Belafonte and black lesbian, gay, bisexual and transgender (LGBT) rights advocate Earl Fowlkes in the 2013 march, Heritage of Pride officials confirmed in a statement to HuffPost Gay Voices.

Echoing those sentiments was Mike Dunlap, March Director for NYC Pride, who said, “This year’s Grand Marshals have enriched the LGBT community through their dedication, accomplishments and commitment to the LGBT civil rights movement.”

Couples Sandra Stier and Kristin Perry, and Paul Katami and Jeff Zarillo, plaintiffs in the Proposition 8 case, exit the courthouse after the verdict along with their attorneys. 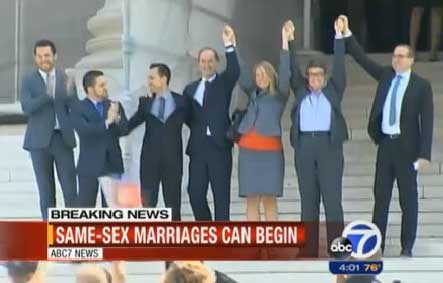 Kristin Perry and Sandra Stier wave to the crowd after being the first couple married at San Francisco City Hall.