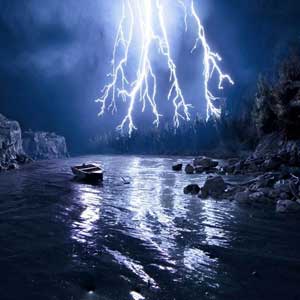 Matthew Albanese creates small-scale meticulously detailed models of outdoor scenes and landscapes using everyday, simple, mundane materials and transform them into an image through the lens of his camera making them look hyper-realistic. Albanese has used ordinary household items such as spices, cotton, colored paper, ink, steel wool and glasses to create his dioramas. We have featured Matthew Albanese’s amazing work in 2010. Here are some of his more recent creations.

Matthew Albanese stumbled upon his Strange Worlds idea by accident one day while in the kitchen at work.

“The first Strange World that I created was Paprika Mars,” Matthew details. “I had spilled paprika in the kitchen and instead of cleaning it, I was playing with it. It was the color and the texture and I just had the inspiration to create Mars out of it.”

And thus began an obsession with miniature dioramas. By day, Matthew is a professional fashion photographer. By night, he’s been creating large dioramas of tiny environments and photographing them. 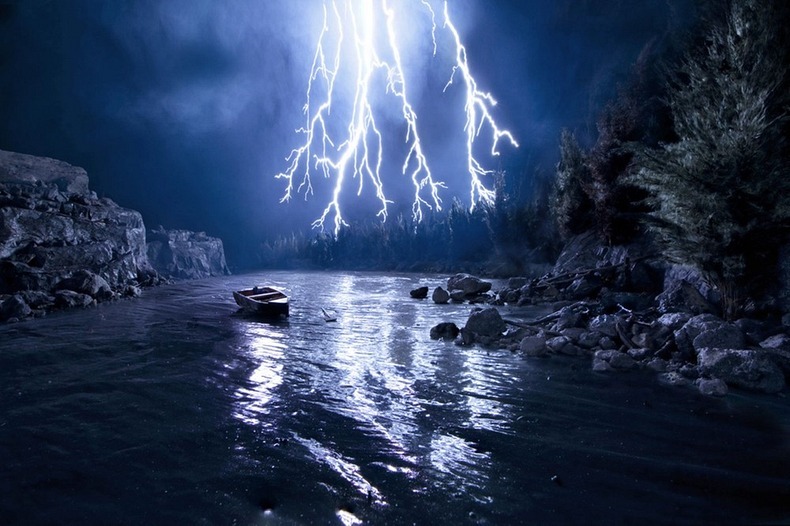 Matthew Albanese began his Strange Worlds project in 2008, and since then has created more than a dozen breathtaking models. Initially, he built his creations in the back of his father’s old warehouse. Later he moved the production of his Strange Worlds to his living room. It can take him anywhere from three to seven months to build one Strange World and he takes thousands of exposures to document the process. When he is done photographing scenes, he usually destroys the dioramas because they are not really built to last. Matthew Albanese’s first book Strange Worlds will be published by Lazy Dog Press in Spring 2013. 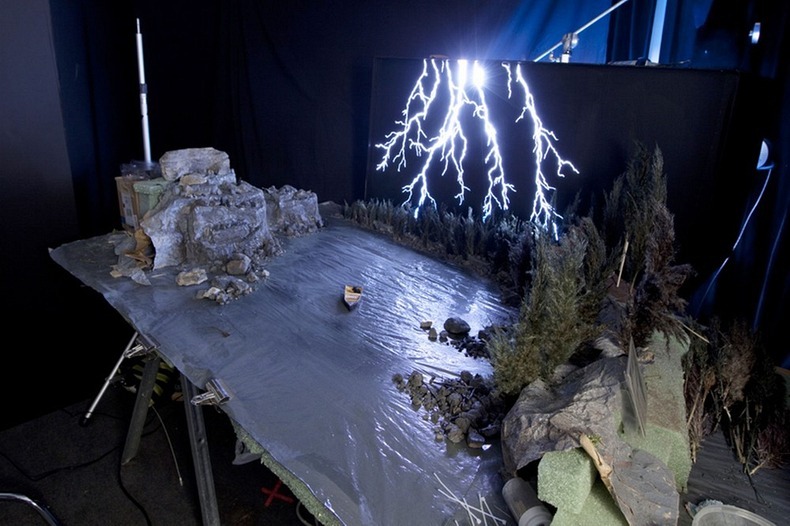 To achieve the lightning effect in this scene, Matthew built a large box with a Plexiglass face and painted it black. He then etched out the lighting so light could pass through 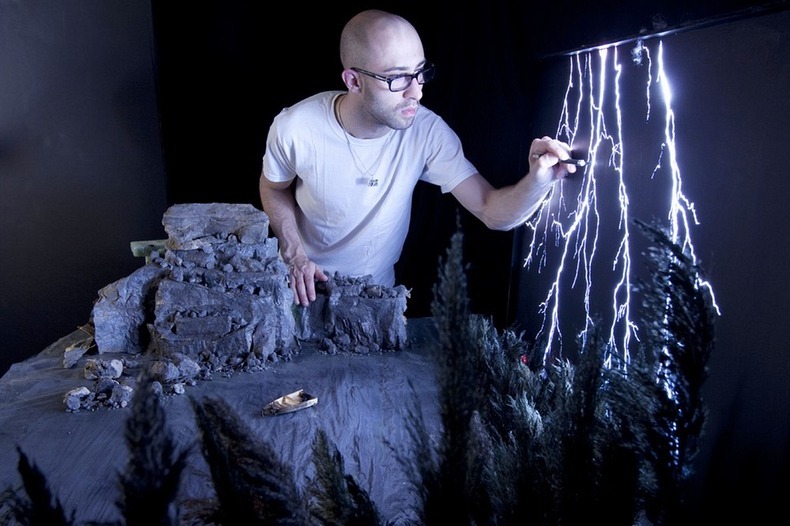 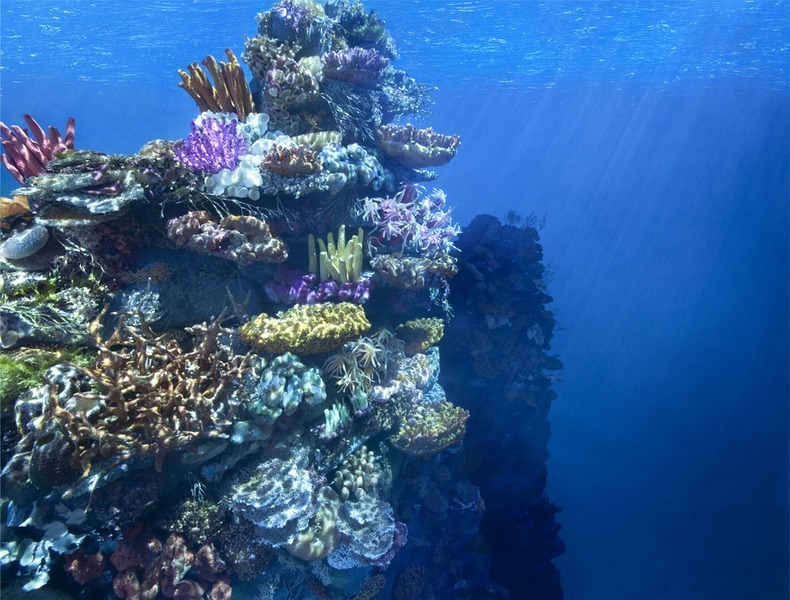 “How to Breathe Underwater”

Diorama made out of walnuts, poured and cast candle wax, wire, glitter, peanut shells, flock, plaster, wire, dyed starfish, compressed moss, jellybeans(anemones), sponges, wax coated seashells, toothpaste, clay, figs, feathers, Q-tips, nonpareils. Surface of the water was created using vinyl shower curtain, plexiglass and clear epoxy. The reflected sunlight effect was created using a video projector through fake fog. The white balance was set for tungsten allowing the sunlight to appear bright and clear while the strobes provided a deep blue shift in the fill light regions. The lens was covered with a piece of blue stretch wrap which created subtle distortions throughout the image. A total of 11 light sources were used including the projector. 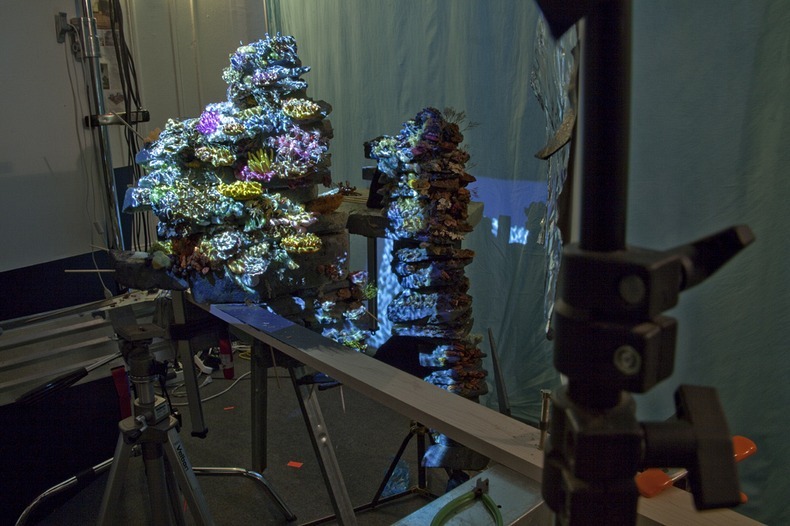 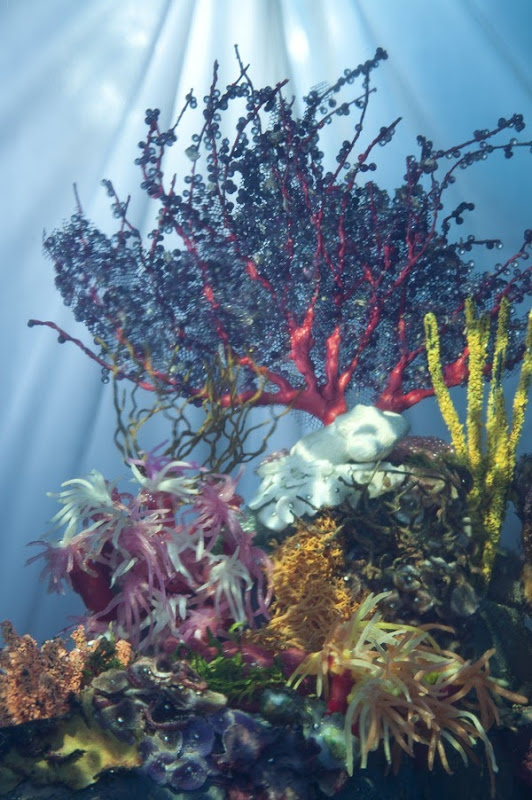 This is a test shot for my new piece “How To Breathe Underwater.” The purpose of this is to determine how well the materials and lighting will work together. The lighting was achieved using six different strobes various filters and video projection. 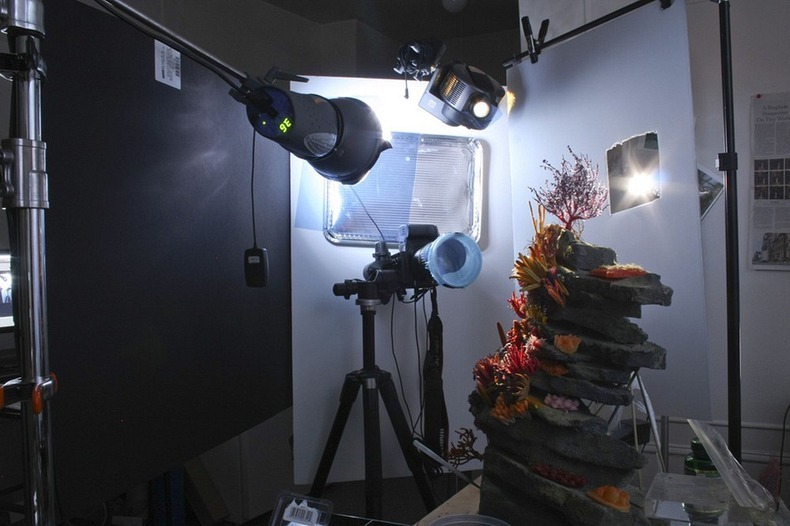 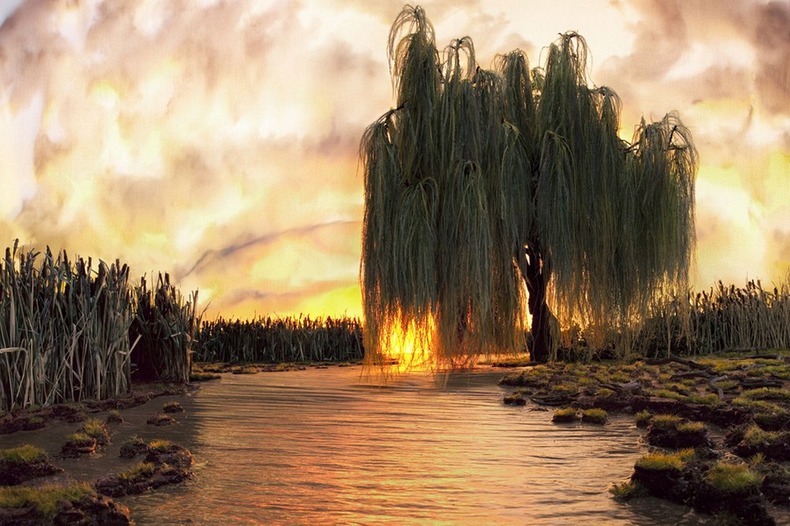 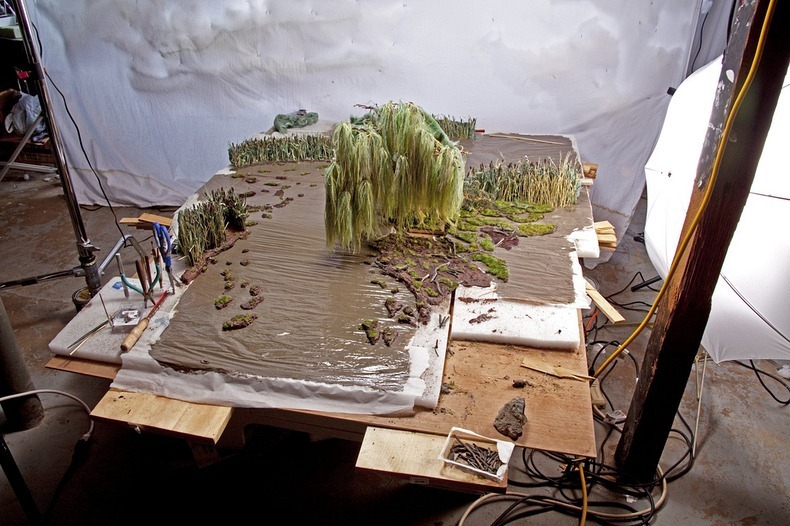 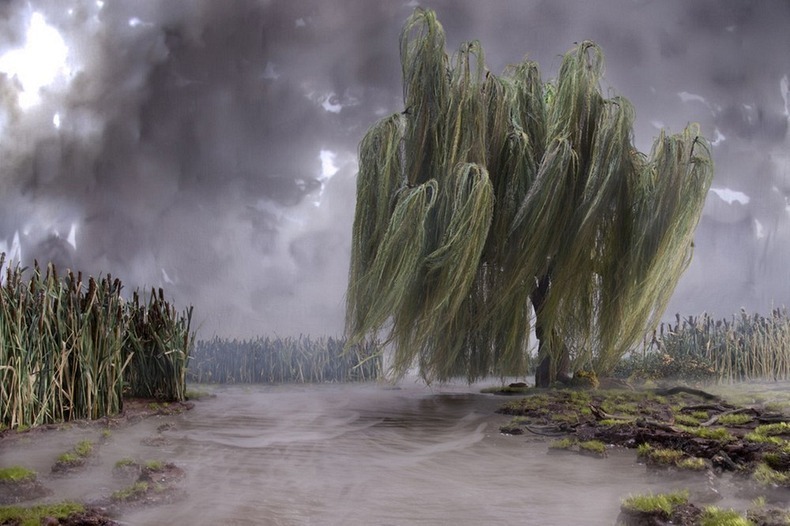 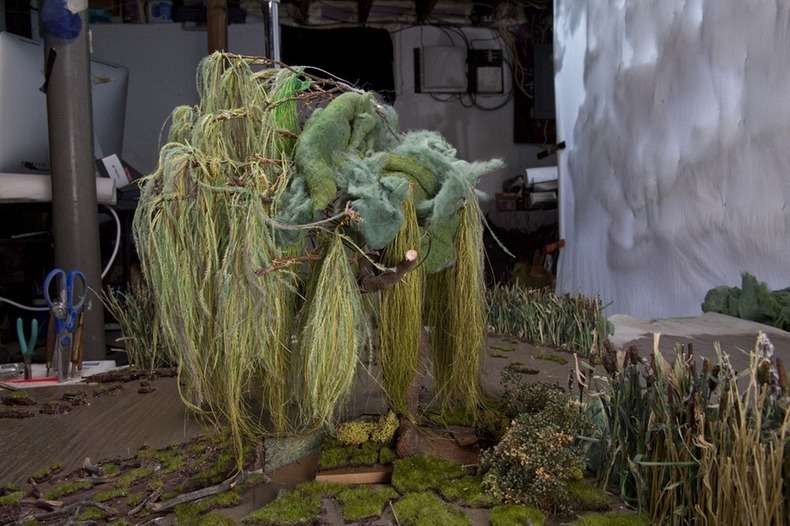 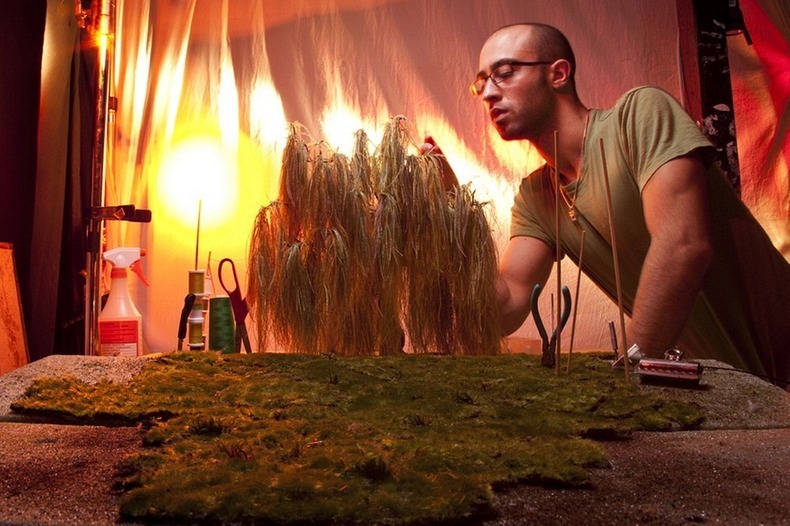 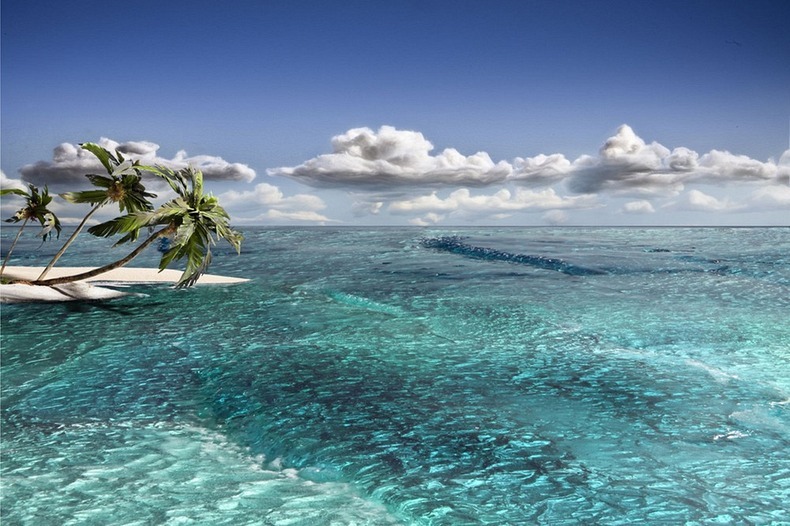 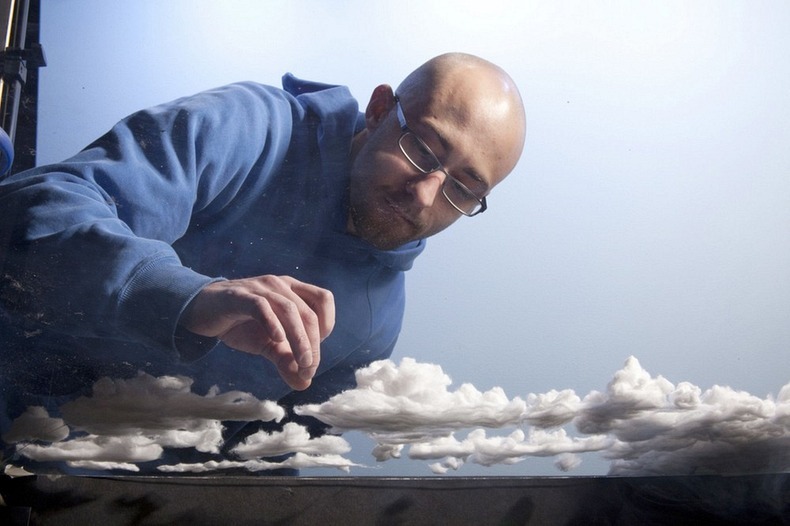 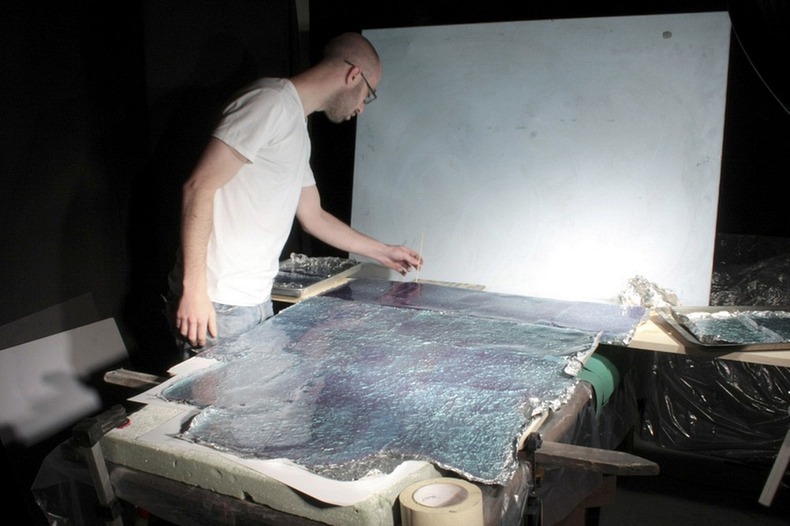