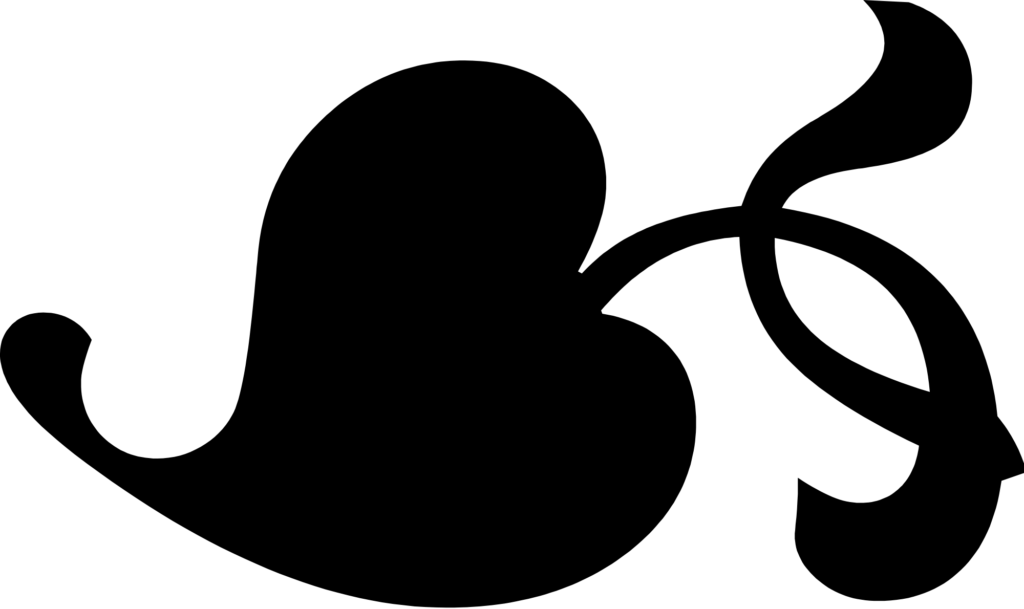 Here are some ornament font sets by type studio Wiescher Design. (Not all are fleurons—some are figurative elements.)

A short essay by BlissBenet

From Flirting with Fleurons by BlissBennet:

I’ve been obsessed of late with a small little something I didn’t even know the proper name of until just a few weeks ago. That tiny, decorative element that appears in a printed book, placed between two sections of type to indicate a pause in time, or a change in narrator or point of view. The word commonly used to describe it today is “dingbat,” but that term, according to the OED, did not come into use until the 20th century. And dingbat also refers to any typographical device other than a letter or a numeral. The older, and far more specific term, is the lovely word fleuron.

Fleuron, derived from the Old French word “floron,”  or flower, has been in use at least since Chaucer’s day, to refer to any flower-shaped ornament: “So were the florouns of her coroun whyte,” Sir Geoffrey writes in the Prologue of his Legend of Good Women, describing Alceste, the Queen of Love. The word later became more commonly applied to ornaments on buildings, or those stamped or printed on books, coins, or other objects. 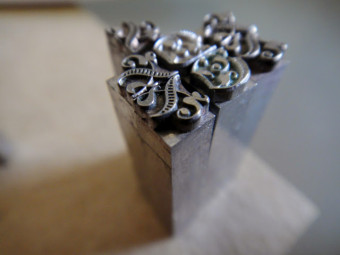 One of the most common ornaments, which I’ve included at the top of the page, is the Aldus leaf, or the heart-leaf. Other fleurons feature leaf shapes, flowers, swirls, myriad versions of the fleur-de-lis, and combinations of two or more of the above. 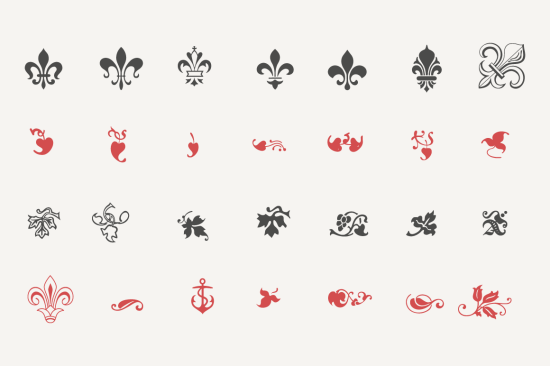 Thousands of fleurons are mine for the downloading as vectors via the web; thousands more are embedded in downloadable typefaces. Yet few ornaments among the multitude contain information about when they first came into use, or when they were most popular. The best book source that I’ve been able to find, Phillip Luidl and Helmut Huber Typographicical Ornaments (Blanford Press, 1985), includes a brief description of the most common ornament styles to be found in different historical periods, but for some reason the book itself includes very few examples from the period he terms “Neoclassicism” (1770-ca. 1830).

More ornament fonts from MyFonts. Not all are fleurons—some are bands or figurative elements.