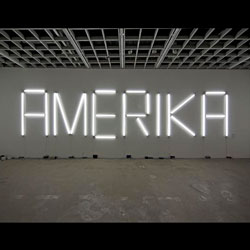 Claire Fontaine is an art collective based in Paris, making, among other things, large-scale words and phrases out of fluorescent light tubes. The font used is called “K”, a typeface in turn taking its name from the Czech author Franz Kafka, as a tribute to him and to his unfinished work Amerika.

Claire Fontaine is a Paris-based collective artist, founded in 2004. After lifting her name from a popular brand of school notebooks, Claire Fontaine declared herself a “readymade artist” and began to elaborate a version of neo-conceptual art that often looks like other people’s work. Working in neon, video, sculpture, painting and text, her practice can be described as an ongoing interrogation of the political impotence and the crisis of singularity that seem to define contemporary art today.

Selected artwork is shown below. 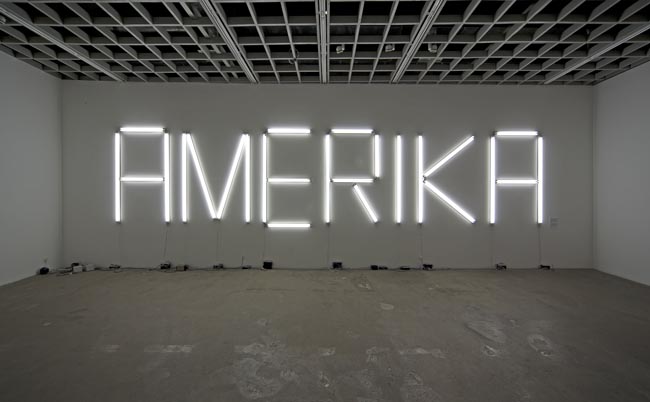 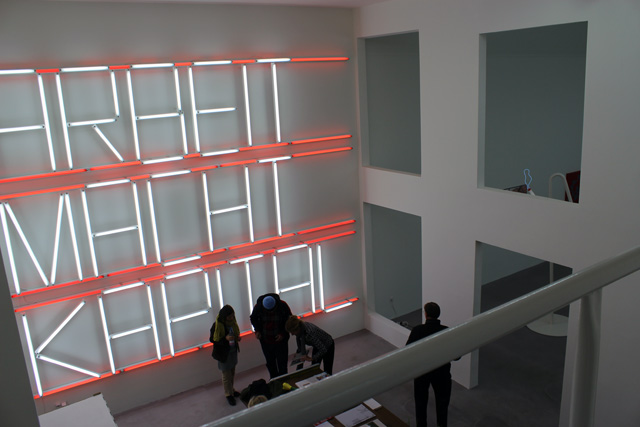 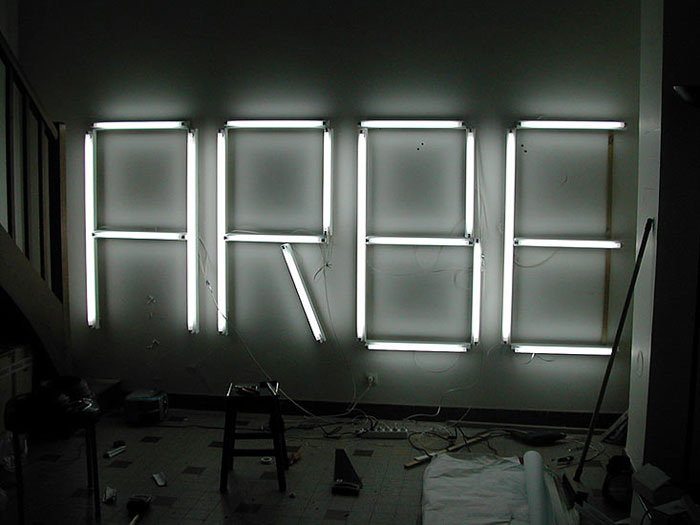 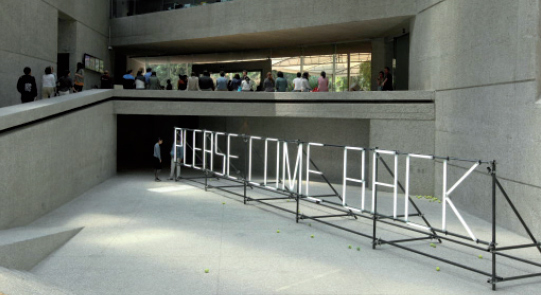 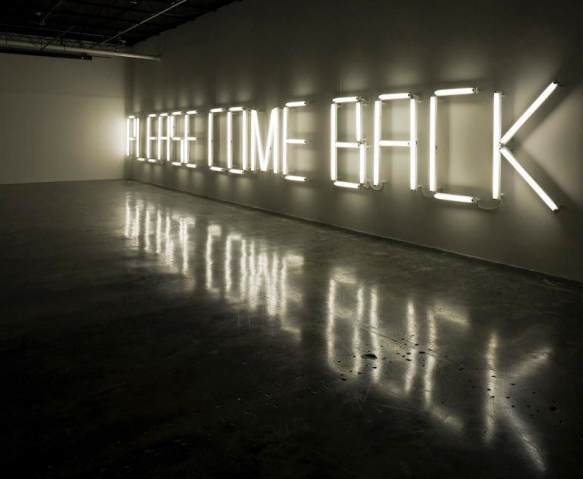 Installation view of The Possibility of an Island at MOCA at Goldman Warehouse, 2008. © Steven Brooke 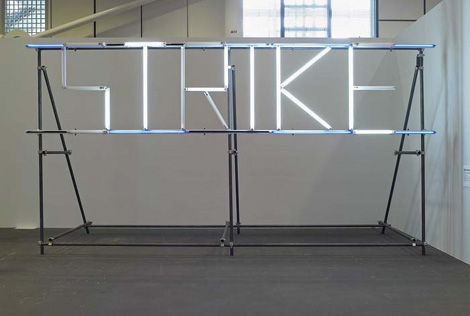 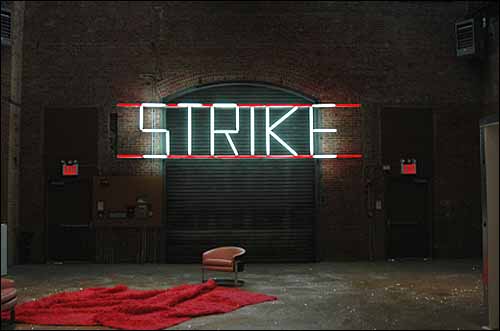 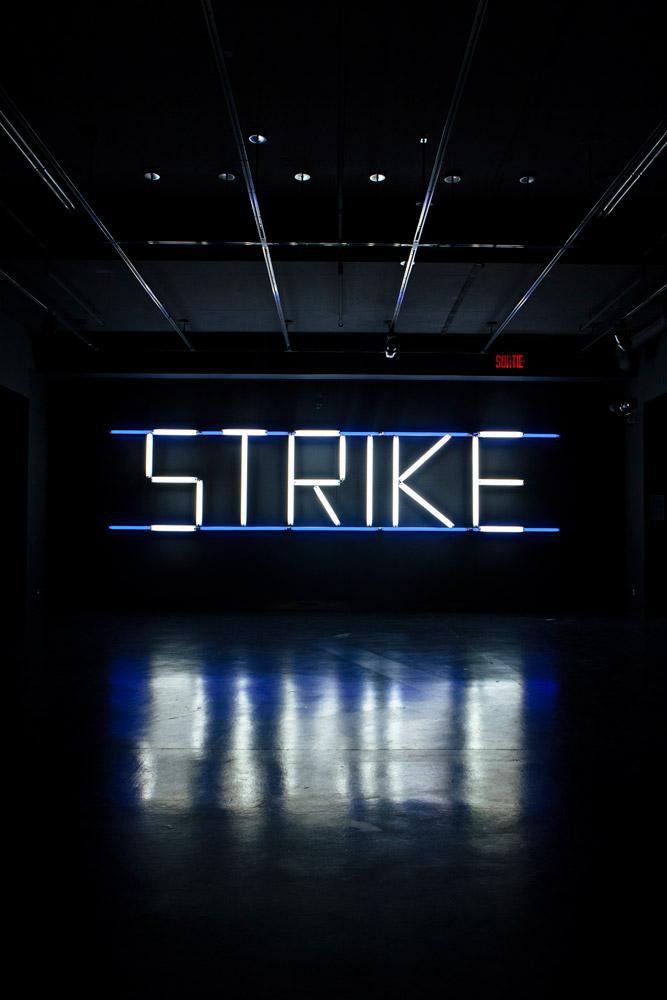