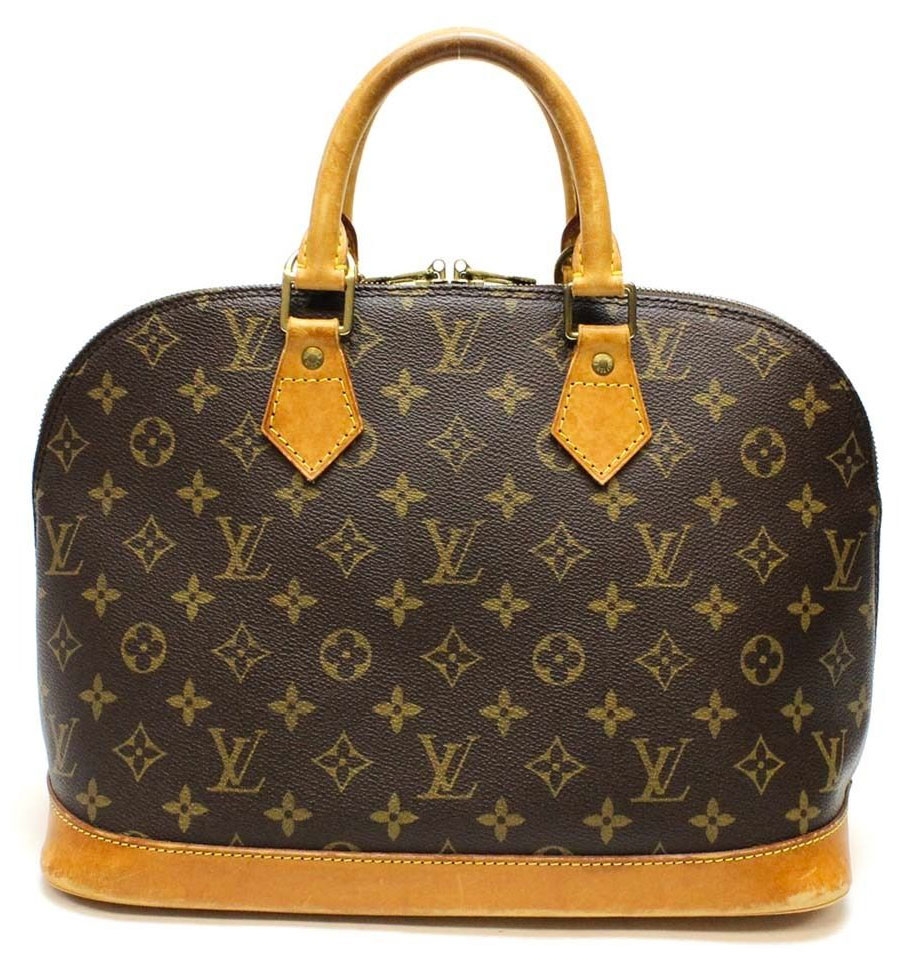 Part three of five articles concerned with spotting fake Louis Vuitton merchandise. This cool font-related piece is about the font and spacing of the characters in the signature heat-stamped label. Mostly the signals of an authentic label are subtleties of spacing, alignment, and character shape. Font geeks, pull up a chair!

[Heat (hot) stamp] : Authentic Louis Vuitton fonts generally conform to a relatively constrained font that is heat (or hot) stamped into their label. These identifiable characteristics can be broken down and isolated by letter (or letter sequence relationships).

[LO] Starting with the heat stamped [LOUIS ], we can first isolate the L and the O from the rest of the word and identify some of the characteristics associated with Louis Vuitton. The most notable initial point of interest is the spatial relationship between the L and O. The L and the O will appear in most cases to actually overlap into each other’s respective zones.[1] However, it is more accurate to say that the L and O share a border. (Often time fakes will appear to have spatial problems concerning the distance of the L from the O).

(i) The second point of interest on the [LOUIS] heat stamp is the width of the L and the width of the O. The width of the L (the leg of the letter) is generally shorter that what would be expected of a standard Times Roman, Courier, Arial etc font. And furthermore, the O is slightly wider than what would generally be expected from standardized fonts. [2] The shorter L and the wider O is a fairly consistent font constraint across most Louis Vuitton merchandise. (This is a point that many fakes will get wrong. Sometimes it is obvious, and other the discrepancy is more subtle).
Figure 1: L and O widths and spacing

Figure 2: U widths and spacing

TIP: Use ( Ctrl + ) to magnify images with your browser. And ( Ctrl – ) to decrease the magnification. This is useful when studying images online.

[S] We also find that the same as in the case of the U, the two S partners (The S in LOUIS, and the S in PARIS) also have subtly distinct fonts. In the case of the Paris_S, this S may have a slightly shorter upper loop than the bottom loop. [3] The LOUIS_S often appears as a more standard font, with equal top and bottom curves. But again, these subtle differences can deviate based on country of origin. However, the key is that the two S partners are often found to have slightly different fonts .

[T] The T partners (the two T’s in VUITTON) are of slightly less significance. The detail of the T’s is that they should be nearly touching. They will often appear to be touching, depending on the quality of the image, but they should actually be separate fonts. [4] They should not be bleeding into one another, or sharing the same top.

By comparing [Figure 5] with the previous images, you can clearly notice that the spacing between the L and the O in the fake is greater. The gap between the two letters is noticeable, (there is no shared border). Another more subtle point is the width of the letter L. The leg in the fake Louis Vuitton is slightly longer than the authentic L shown in [Figure 1-4].
The U in LOUIS and the U in Vuitton appear to vary from the authentic U font. Both prongs of both U’s are the same width, whereas in the authentic images the right prong is slightly wider**.

**Authentic Louis Vuitton U’s may have equal width U prongs on certain models and styles, (depending on the country of origin etc). However, the reason that this is significant in this particular case is because the two heat stamps being compared are from the same Louis Vuitton model/style. In a direct comparison such as this, an exact match is not necessary, nonetheless, the subtle differences between U fonts in the authentic should be somewhat consistent with the subtle differential points in the bag being inspected.

This label [Figure 6] is a good demonstration of many of the problems you will encounter with fake LV heat stamps. The first point of inspection is the L and O relationship. In this case we find violations of both the shared bored (there is none), and the width of the L (the L is too wide). If you encounter a label with these characteristics on an e-commerce site, you can reasonably consider this handbag a fake (based on this particular of LO inspection). Therefore the LO spacing and font comparison can be a quick and powerful method of gauging the authenticity of Louis Vuitton with sufficient accuracy.
Another point of interest is the ® symbol, which in this example appears shifted too far to the left. (If you take a look at [Figure 4] you will notice that the ® symbol is symmetric between the V and the U. Also the LOUIS_U and the VUITTON_U are clearly the same font. There are no subtle differences between the two, (remember that this detail matters if and when you are making a direct comparison. If the authentic stamp shows subtle differences between the U’s, or no differences at all, then the analogue bag should share these points. In this example [Figure 6], the fact that there isn’t much difference between both U fonts is considered a neutral finding, as there is no direct comparison being made to any other label). The overall quality of this impression is also poor. The stamping mechanism itself appears to have been sloppily initiated. This is due to the glitches (the appearances of shifting left) found at the tops of many of the letters. This is an example of a rush job. One that is all too common in the counterfeit world, as the purpose of the majority of counterfeit operations is to turn out as many units as possible for maximum profit. The faster they are turned out, the worse the quality (in most cases), and what the counterfeiters can get away with depends on the level of consumer tolerance for inferior quality merchandise and lack of information concerning the authentic brands they pursue.