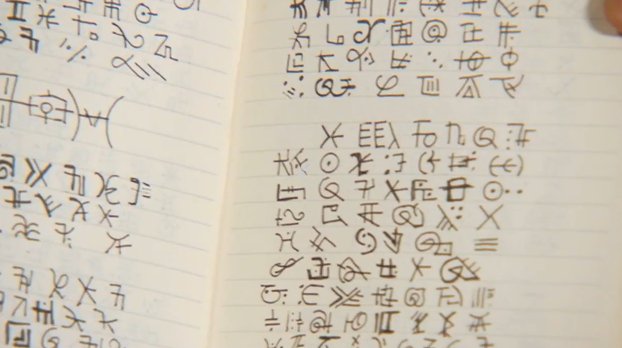 The TV show ‘Fringe’ aired between 2008 and 2013 on the Fox Network. The series follows members of the fictional Fringe Division of the Federal Bureau of Investigation, based in Boston, Massachusetts, under the supervision of Homeland Security. The team uses fringe science and FBI investigative techniques to investigate a series of unexplained, often ghastly occurrences, which are related to mysteries surrounding a parallel universe. (More information at Wikipedia and IMDb.)

As the series developed, a group of beings called The Observers became more and more important to the storyline, and were often depicted using a written language or code.

Viewer Drew Crawford was excited about using machine-assisted cryptanalysis, and started looking at occurrences of the code. He began with screengrabs from the show and the series’ website on Fox, both of which had a number of examples of text in English and a presumed translation into the Observer language. His full article is here.

Sadly, what he found was that the text on the web pages was selectable—that the designers had simply created a font called “Observer” with a character-for-character swap with English, rather than using images to represent glyphs or concepts. Makes sense, in terms of the budget allowed for a TV show, but still disappointing.

Download the key for the hand-drawn Observer language (see below) here. The hand-drawn font seems to have been available at one point at www.rewardwire.org, but the website no longer exists. An angular and, in my opinion, ugly version of the font (also below) is supposedly available here, but I got warnings from my font-loading software saying that the font had “serious errors.” 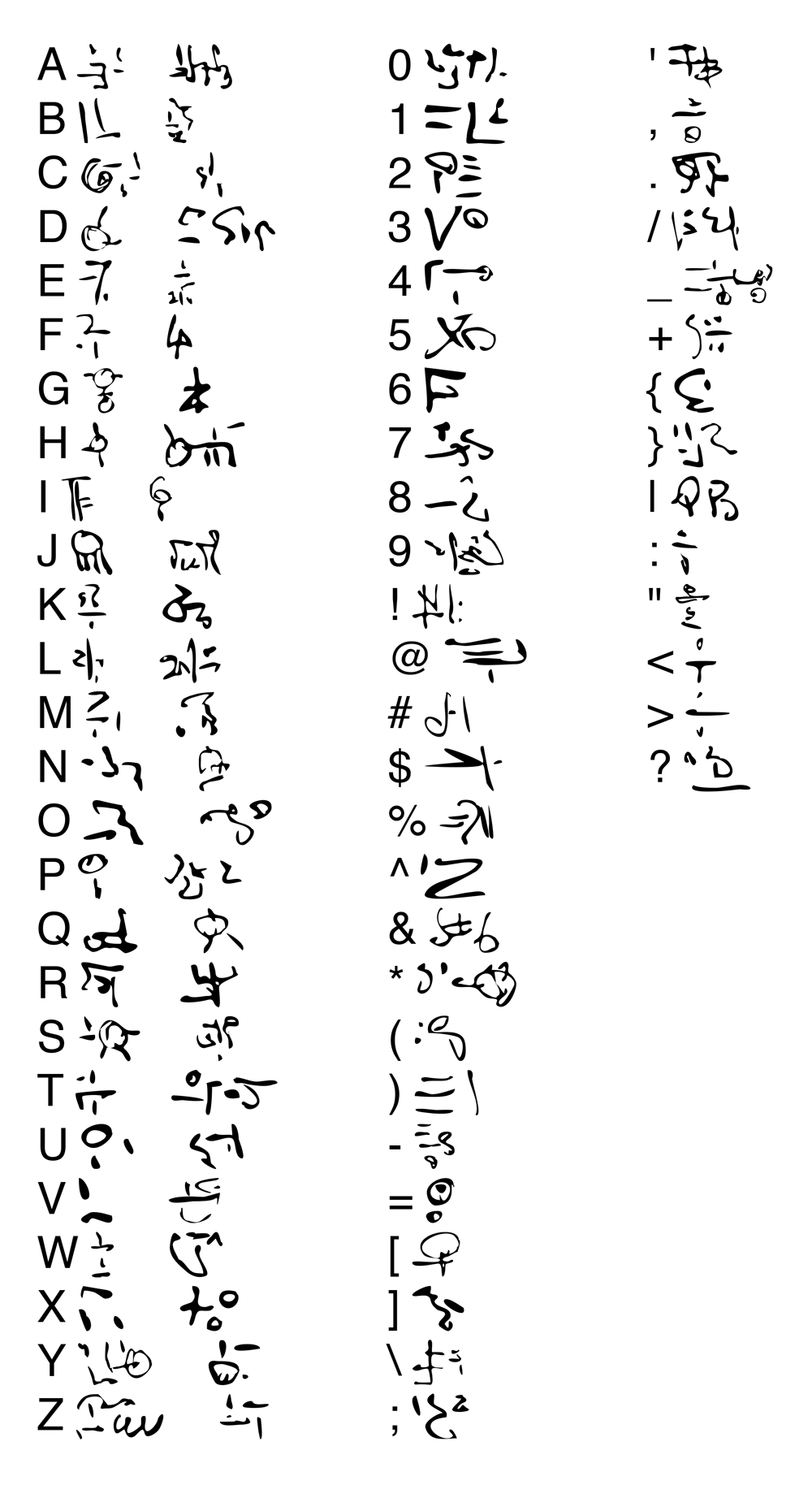 Glyphs in English and the hand drawn Observer language