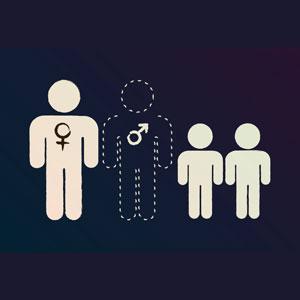 I was devastated by his death. I don’t remember a lot of my childhood (loss of memory due to other trauma; I’ll tell you about it someday, or maybe I won’t) but I remember parts of the day he died in excruciating detail. My sister Sarah was a year and a half older and the only other sibling still at home; the older three were separated from us by a ten-year gap. She and I knew something was wrong, I think, when we woke up in the morning. Everything was very quiet and no one said anything and the neighbor lady, Mrs. Moses, came over, which she never did. She made me and Sarah tuna salad sandwiches for lunch, not knowing that I loathed tuna salad (it’s the mayonnaise, ew). Sarah was already in Junior High, so she took a different bus than I did, and I don’t remember us having a chance to talk.

I think that was the day I had a disagreement with a teacher about how many quarts were in a gallon. Either she said two and I said four, or the other way around. In any case I was convinced I was right and she was wrong. I also remember that we were used to Daddy having heart attacks—he’d had several before the stroke—and thinking I was very special because “My Daddy had a heart attack,” as though that were a good thing. It made me feel close to him.

When I got home from school, Sarah had arrived before me (different school, different bus) and had vanished from the house. I think she had gone outside and climbed a tree, as we often did. My mother—we called her “Ma”—was sitting in a big chair in the living room near the windows. I remember thinking to myself, “This is very important; you have to remember it.” As I came close to the chair, Ma said, “You know Daddy was very sick. He died this morning.” I remember thinking that I didn’t know he was “very sick”—no one had told me that. He was slowly getting better, I thought: moving from a wheelchair to a cane, learning to write with his right hand, making progress in trying to speak.

I remember sitting on her lap after that, and crying. This was remarkable because usually I didn’t want to even touch her at all. As an adult I had a similar experience from the other side. I had taken my boyfriend’s skittish, standoffish-to-me cat to the vet (he was out of town or something) and in the exam room she was so afraid that she jumped into my arms. I felt so sorry for her that she didn’t have the human she loved there then, just a substitute. I did the best I could though and got her home OK. I don’t know what my mother thought or felt when she was in that situation with me—I never asked her.

A day or so later my homeroom teacher announced to the class that my father had died, and that they should be nice to me. I was embarrassed to be singled out. And it was pointless anyway—I didn’t have friends, and what I remember is that none of the other kids reacted.

I don’t remember us talking about Daddy again after that. It was as though someone had pressed a Delete key and he was just gone and irrecoverable. No talk of Heaven or afterlife or eventual reuniting. He was an atheist Jew but Ma was Christian (Catholic lapsed into heathen Unitarianism) so I’m not sure why this was.

I decided that I didn’t ever want to be surprised by anything bad ever again, so I would always anticipate worst outcomes and not put myself at risk. (I still do this, but I’m getting better at making realistic assessments.) For similar reasons, I also decided that I wanted to be a robot and have no feelings. I did this for a long time—almost until the end of High School.

Things got better after that, blah blah blah.

Here’s an article about the genetic effects of loss of a father on a child, whether to death, incarceration, separation or divorce. The more intense the loss (death being the worst) the greater the changes to the telomeres, the ends of chromosomes, and the greater stress the child feels. There’s a link and below that, a summary. The illustration implies that the surviving parent is a woman; I don’t know if the researchers explored same-sex parents as well.

At the cellular level, a child’s loss of a father is associated with increased stress

The absence of a father — due to incarceration, death, separation or divorce — has adverse physical and behavioral consequences for a growing child. But little is known about the biological processes that underlie this link between father loss and child wellbeing.

In a study published July 18 [2017] in the journal Pediatrics, a team of researchers, including those from Princeton University, report that the loss of a father has a significant adverse effect on telomeres, the protective nucleoprotein end caps of chromosomes. At 9 years of age, children who had lost their father had significantly shorter telomeres — 14 percent shorter on average — than children who had not. Death had the largest association, and the effects were greater for boys than girls.