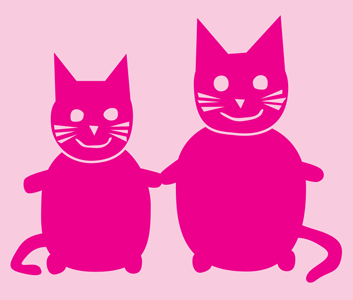 Below is a selection of the holiday, Valentine’s Day, anniversary and other cards and gifts I’ve given him over the years.

And after our cat “Aces” got hold of it. Dammit, Aces. 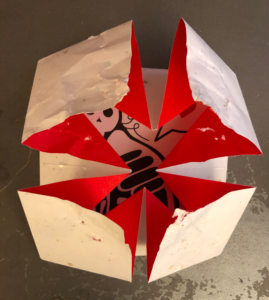 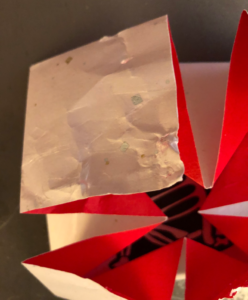 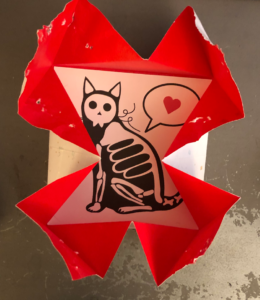 Bound booklet, 5″ x 7″: “Bunny loves you very much. / Bunny would kill for you. / Oops! Bunny already has. / Will you help Bunny buya shovel and a flashlight? / You will?Bunny says Thank You! / (And wishes you a veryHappy Anniverserary).” Design, text, production.

Folded origami Valentine: each heart encloses a smaller heart until you get to the accordion-folded middle with a special secret message. 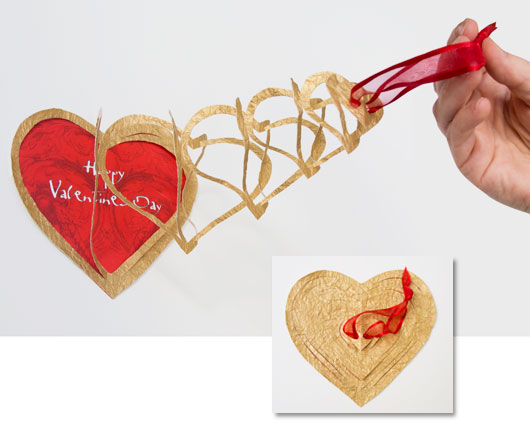 The Victorians popularized the “cobweb” valentine of intricately cut paper. I began making this one-of-a-kind 21st century version by creating the red heart with its Valentine’s Day message, adhering it to light cardboard for stiffness. Topping that is gold paper which I had cut into a pattern of nesting half-hearts; I finished by adding a ribbon. Pulling up on the ribbon unfurls the gold heart to reveal the message. 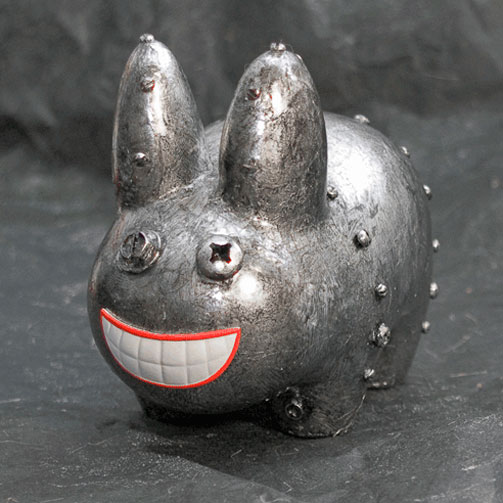 This “steampunk” bunny, a birthday gift, started as one of internationally famous artist Frank Kozik‘s plain white plastic “Smorkin’ Labbits.” I sprayed a fine film of adhesive onto the bunny, then overlaid silver leaf. I “antiqued” the silver with a wash of black acrylic paint and topped it with a layer of clear acrylic sealant, then added the mismatched screws and replaced his removable smile.