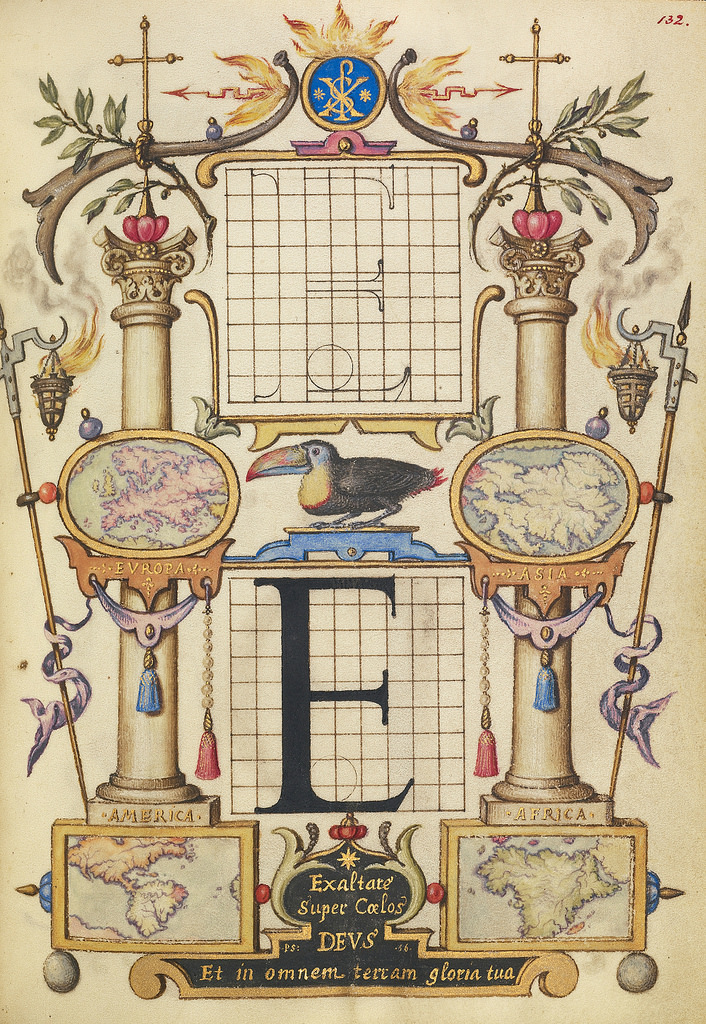 Joris Hoefnagel (1542 – 1600) was a pivotal figure in the history of Dutch art, playing an important role both in the latter stages of the Flemish illumination tradition and the birth of the new genre of still life. In the last decade of his life Hoefnagel was appointed court artist to Holy Roman Emperor Rudolf II, and it was in this time that he appended Georg Bocskay’s Model Book of Calligraphy, of thirty years previous, with his own beautifully exquisite Guide to the Construction of Letters, examples from which are shown below. In each he surrounds the typographic diagram with a colourful array of symbolically charged motifs and, for some, an excerpt from the Bible which begins with the letter of focus. See the Getty site, by clicking on each image, for further commentary. 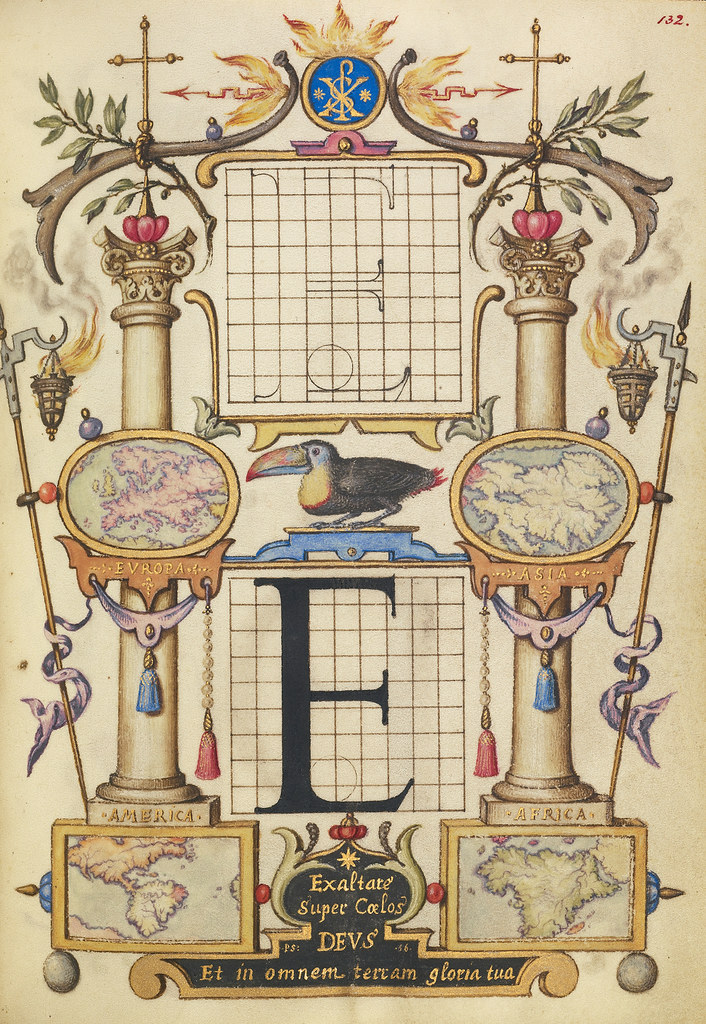 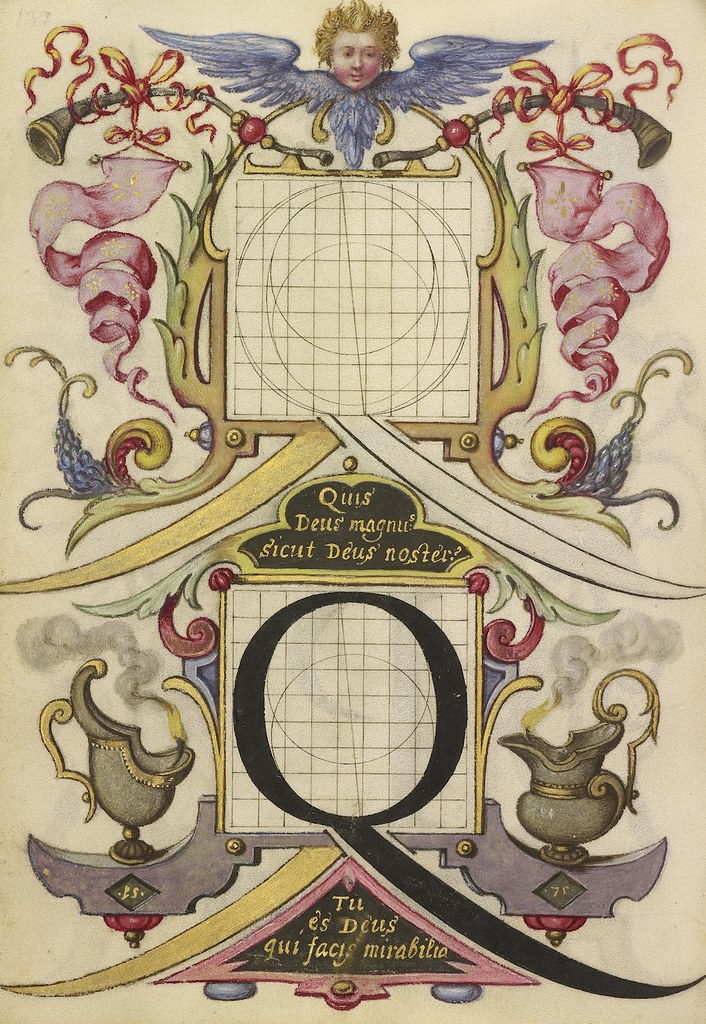 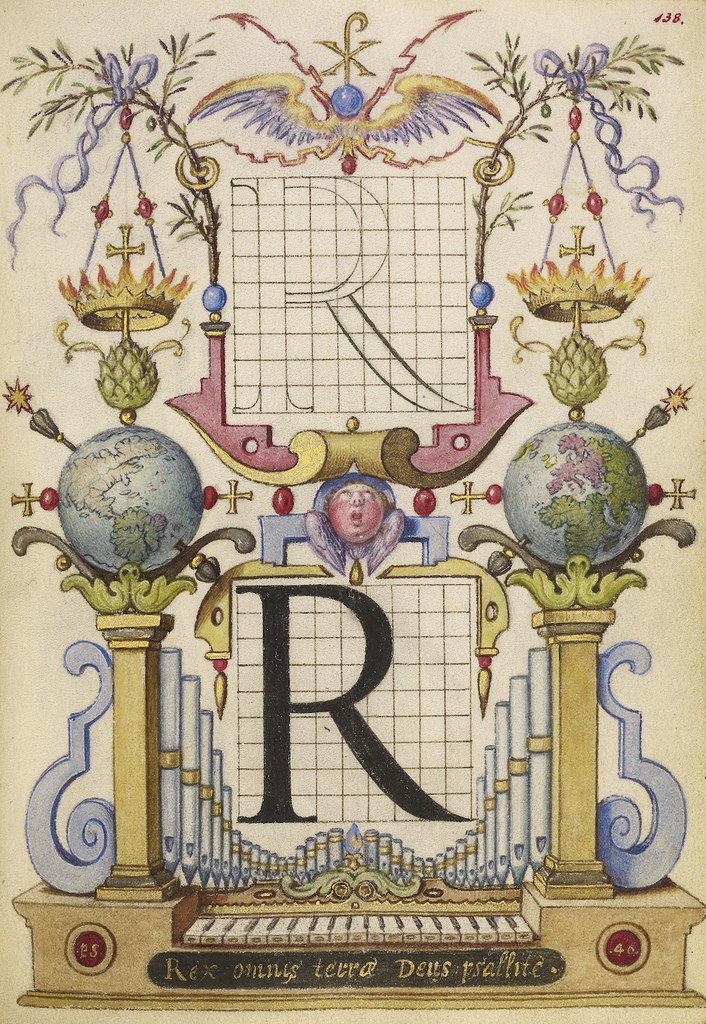 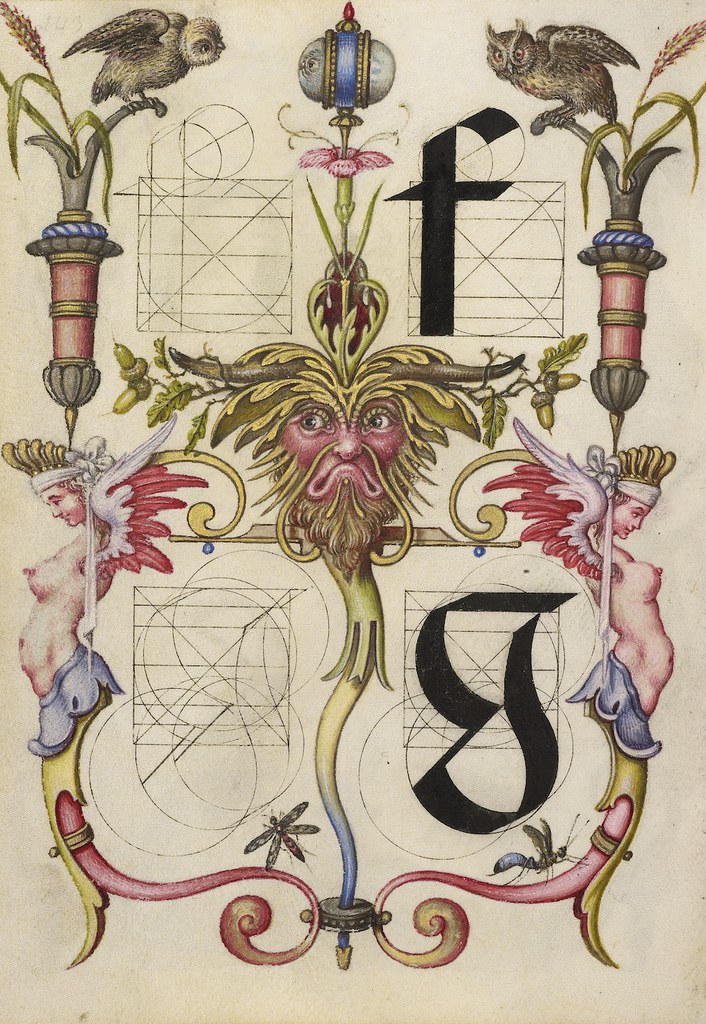 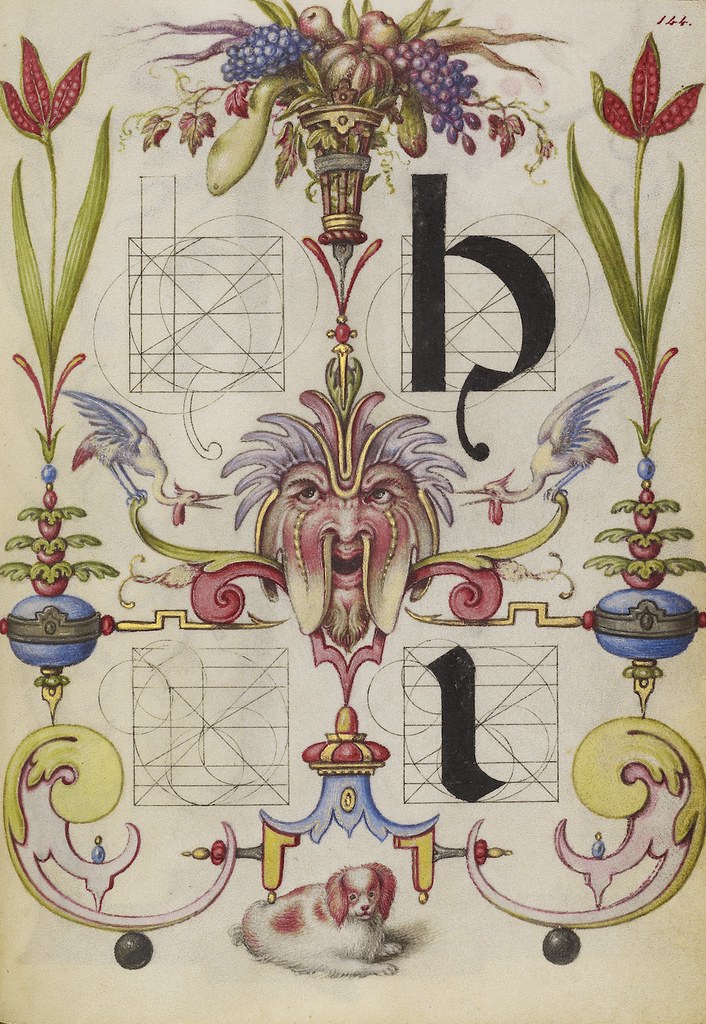