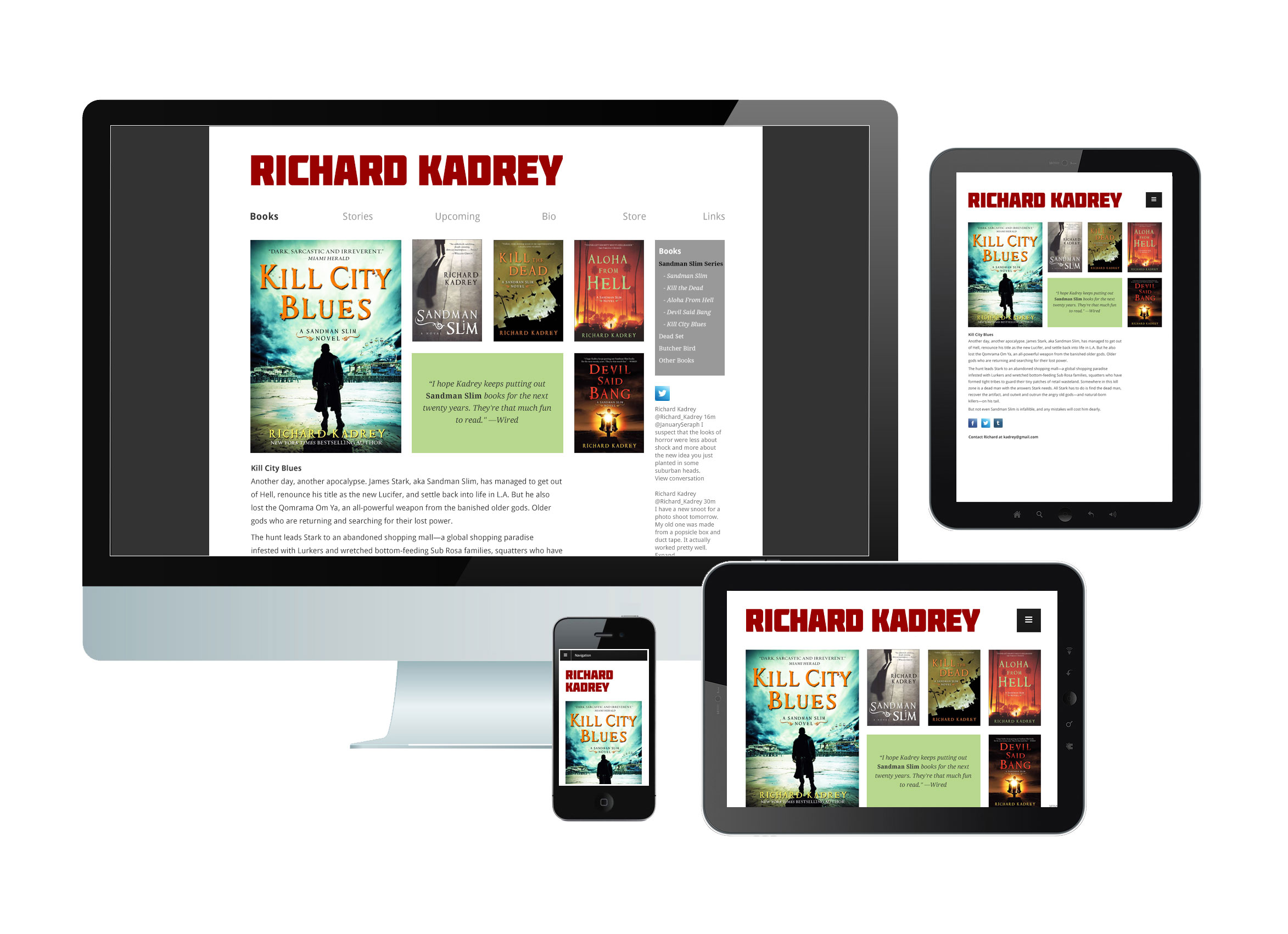 New York Times best-selling author Richard Kadrey has a line of successful novels whose main character is James Stark, aka Sandman Slim. Stark is a half-human, half-angel hitman escaped from Hell and seeking revenge in a gritty otherworldly Los Angeles.

As word of his work has spread, Mr. Kadrey needed to rebrand his website with a look that would appeal to a mainstream audience, as opposed to only fantasy and thriller readers. He wanted a WordPress site that would be easy to update with new work, fan art, and upcoming appearances.

I used a simple grid to highlight the vibrant colors of his book covers, with accent colors drawn from the covers themselves. Mr. Kadrey’s fans use many devices and platforms, so a responsive site design was a must. In addition, I hired and managed a developer to create custom features. I also wrote a large proportion of the copy on his site.

The site also offers T-shirts, mugs, and other merchandise featuring logos I designed for Donut Universe, Bamboo House of Dolls, and Aqua Regia, all fictional businesses and products that feature prominently in Kadrey’s Sandman Slim novels. Merchandise is available here.