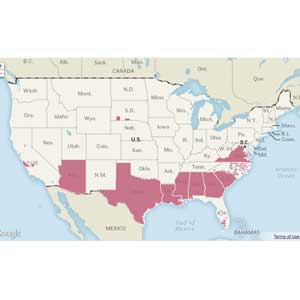 By Robert Barnes from WashingtonPost.com: Video: Attorney General Eric Holder said Tuesday he was “very disappointed” with the supreme court’s invalidation of part of the Voting Rights Act.

A divided Supreme Court on Tuesday invalidated a crucial component of the landmark Voting Rights Act of 1965, ruling that Congress has not taken into account the nation’s racial progress when singling out certain states for federal oversight.The vote was 5 to 4, with Chief Justice John G. Roberts Jr. and the other conservative members of the court in the majority. The court did not strike down the law itself or the provision that calls for special scrutiny of states with a history of discrimination. But it said Congress must come up with a new formula based on current data to determine which states should be subject to the requirements.Proponents of the law, which protects minority voting rights, called the ruling a death knell. It will be almost impossible for a Congress bitterly divided along partisan lines to come up with such an agreement, they said.

There could be immediate consequences from the court’s ruling. Just hours after the ruling, Texas Attorney General Greg Abbott said his state will move forward with a voter-identification law that had been stopped by a panel of federal judges and will carry out redistricting changes that had been mired in court battles.

The act covers the Southern states of Alabama, Georgia, Louisiana, Mississippi, South Carolina, Texas and Virginia, as well as Alaska, Arizona and parts of seven other states. It requires them to receive “pre-clearance” from the U.S. attorney general or federal judges before making any changes to election or voting laws.

Roberts said the court had warned Congress four years ago, in a separate case, that its decision to continue using a formula based on “40-year-old facts” would lead to serious constitutional questions.

“Congress could have updated the coverage formula at that time, but did not do so,” Roberts wrote. “Its failure to act leaves us today with no choice but to declare [the formula] unconstitutional.”

He added, “Our country has changed, and while any racial discrimination in voting is too much, Congress must ensure that the legislation it passes to remedy that problem speaks to current conditions.”

One sign of racial progress has been the election of the nation’s first African American president, who said Tuesday that he was “deeply disappointed” in the decision.

“For nearly 50 years, the Voting Rights Act . . . has helped secure the right to vote for millions of Americans,” President Obama said in a statement. “Today’s decision invalidating one of its core provisions upsets decades of well-established practices that help make sure voting is fair, especially in places where voting discrimination has been historically prevalent.”

In Virginia, the state government presumably will no longer need approval from Washington for its new voter-ID law. The law could still be subject to a legal challenge, but the burden would be shifted to plaintiffs to show that the law would hurt minority voters.