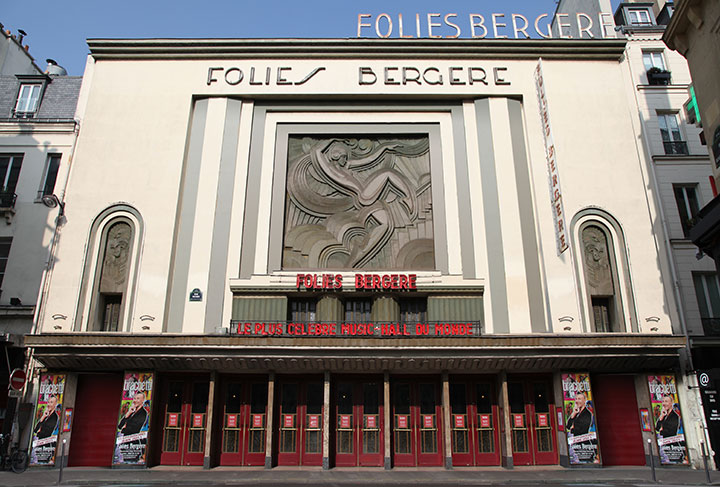 The Folies Bergère is a cabaret music hall, located in Paris, France. Established in 1869, the house was at the height of its fame and popularity from the 1890s through the 1920s. The building was updated in the 1920s with a strong Art Deco font and sculptural inset. The type on top of the building looks like a 1950s addition which contrasts oddly with the original titling. The facade was renovated in 2013 and gilding added.

Loie Fuller, an American dancer, performed at the Folies in the 1890s. See my post about her event posters here. 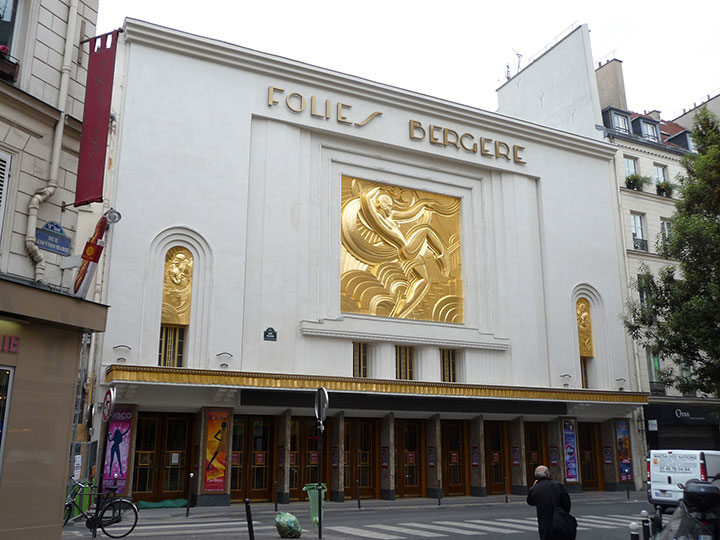 Copyright 2013 Agateller – Photographed while walking past the venue. Previously published.