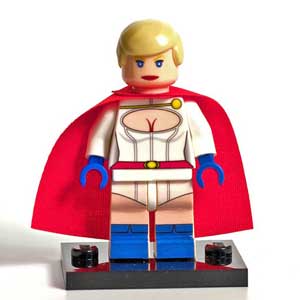 By Gabe Bergado from mashable.com: 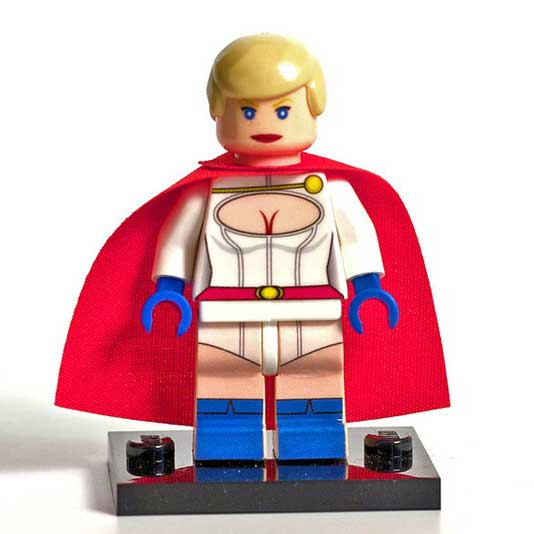 Nothing says success at the box office more than spandex, superhuman powers and a villain to take down. The superhero movie genre has continued to dominate the silver screen, with this summer’s Man of Steel and the highly-anticipated Avengers 2 that is slated to come out in 2015. There’s a long list of superhero blockbusters: Spider-Man, Thor, Batman Begins and many more. But where are my superheroines at?

Movies like The Hunger Games and Brave have proved that girls can fight just as well as the boys, maybe even better. There’s plenty of ladies in the marvelous universe of superheroes and television that deserve their shot at the big screen. Mashable takes a look at some of these characters:

Audiences have already gotten a taste of Rogue through the X-Men film series, played in the first three movies by Anna Paquin, who will be coming back in X-Men: Days of Future Past. With her ability to absorb others’ memories, strength and powers with just a touch, Rogue is a mutant to be reckoned with.

A southern belle from Mississippi, Rogue was named Anna Marie at birth and switched over to her superhero persona after running away from home. A kiss with a boy named Cody left him in a coma as her power to suck people’s life force emerged during the intimate moment. Traumatized by the event, Rogue protected herself from others by wearing concealing clothing and what became her signature gloves. In hopes of preventing others from being hurt by mutant abilities, she effectively built walls around her to keep everyone out.

A badass southern belle with superhero powers exploring intimacy? Yes, that’s what would make a Rogue movie a hit at the box office.

Throughout Pokémon, the story focuses on young trainer Ash as he pursues his dream of becoming a Pokémon master. His friends Brock and Misty are at his side, and occasionally get their moments to shine. But what about a movie dedicated solely to red-headed Misty? The Water-type trainer hails from Cerulean City, where her three older sisters are the Gym Leaders. Misty takes over in the anime to challenge Ash when her sisters’ Pokémon are unable to battle, but ends up losing to her friend.

Starfire and Raven have already had some screen time together in Cartoon Network’s Teen Titans. The dynamic duo have almost nothing in common, but were still able to take down the evil that threatened Jump City. Starfire’s an exuberant alien who’s still getting acclimated to the Earth’s culture and can shoot beams of green energy from her hands. Then there’s Raven, the quiet daughter of demon who has telekinetic and telepathic abilities using her soul-self. Their friendship is reminiscent of Kristen Wiig and Maya Rudolph’s in Bridesmaids, but with added powers.

Expect the two to be in a buddy film, just two gals trying to protect the city.

Everybody loved Hermione in the Harry Potter series. She was the cool, intelligent, fearless friend with big hair and an even bigger brain that was always bailing Ron and Harry out of trouble. Forget about the boys’ shenanigans and let’s see Hermione take the reins in her own movie.

After the final battle, Hermione moves on to make grand-scale policy changes in the magical world. Improving the treatment of house-elves and eradicating laws heavily favoring purebloods, Hermione gets work done. A movie starring the young witch as she navigates through the important changes she makes would surely be magical.

Cheetarah is one kitty you don’t want to mess with. She’s able to reach speeds of 120 miles per hour and is a lethal fighter, using a extendable baton that also shoots power beams from the ends. The only adult female member of the ThunderCats at the beginning of the series, Cheetarah helped lead the group with her women’s intuition and combat experience.

One of the two women on the revamped Justice League, Hawkgirl is a much more interesting choice for a superheroine movie than the predictable Wonder Woman. With the ability to fly, a golden mask and a mace made out of magical “Nth metal,” she’s a warrior you definitely want to be fighting on your team.

Hawkgirl, also known as Shayera Hol, has star power not only due to her thirst for justice, but a compelling love story spanning over thousands of years. The superheroine is the reincarnation of the Egyptian princess Chay-ara, who died at the hands of an evil priest. According to the Justice League mythology, Chay-ara had a love affair with a military leader, the past life of the Green Lantern. The two superheroes have been reincarnated and have still fallen in love.

An Egyptian love triangle with a Romeo and Juliet ending? Sounds good to me.

7. Sailor Moon and the Sailor Scouts

This team of evil-fighting ladies would surely be a blockbuster. Schoolgirls with secret identities as protectors of the universe, the Sailor Scouts offer a personality for everyone’s taste. There’s Sailor Mercury, the incredibly smart scout who uses aquatic attacks. Sailor Mars has a fiery sass to match her pyro-abilities. Then there’s Sailor Jupiter who attracts attention like a lightning rod and the lovable Sailor Venus. And of course, Sailor Moon who can only take her mind off food and boys for a quick second to take down enemies from the Negaverse.

Although there’s already been several Sailor Moon movies, one tailored for mainstream audiences at the movie theater would be something worth watching. The Sailor Scouts offers an ensemble of characters, something that helped make The Avengers a wild success.

Xena: Warrior Princess has been cancelled for over a decade, meaning it’s time for a comeback. Xena was always in search of something that many other superheroines never really were on the hunt for: redemption. Once a bloodthirsty warlord, Xena changed her ways after being spared by Hercules. Over the course of the series, Xena is constantly trying to do the greater good and help whomever she comes across with the help of her ally Gabrielle. Xena also offers one of the most interesting signature weapon choices, a chakram.

If redemption for a female warlord isn’t enough to warrant a movie, there was even a 2011 campaign to get the movie made. The petition is still open to be signed if you’re that big of a fan.

One of the most iconic X-Men of all time, Storm is a superheroine fit for the job of leading an empire of superheroine movies. Born Ororo Munroe, the young girl is left orphaned at five years old when a fighter jet crashes into her home in Cairo and kills her parents. Left to wander the streets by herself, the young mutant is a thief for a couple of years until her powers over the weather are realized. She is eventually recruited by Professor X to be part of the X-Men and plays an integral role in many of the comic books.

In the X-Men movies, Storm has the ability to control the weather, in addition to being able to conjure up lightning bolts, blizzards and other precipitation as attacks. She is a capable leader and in Marvel’s 2013 X-Men comics, she is in charge of an all-female team of mutants. This group consisting of other memorable X-ladies such as Kitty Pryde and Jubilee sounds like a great movie idea in itself.