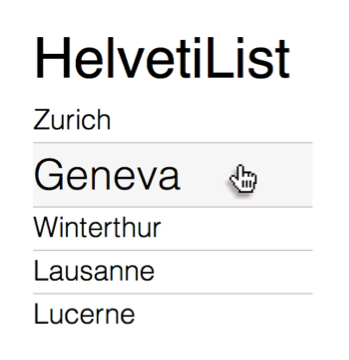 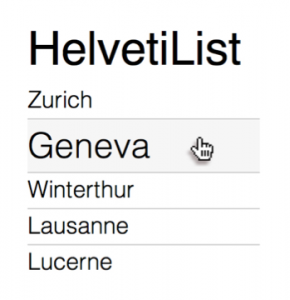 From Joshua Johnson at Design Shack, a short tutorial showing the CSS to make several lists with a bit of interest:

We start off with a fun animated vertical list, then style up a list with thumbnails and text, another with just images, [a horizontal menu] and finally an ordered list where the numbers are styled differently than the rest of the type. There’s a ton of great things to learn here so let’s jump in!

For our first list, we’re going to start with a simple, minimal but super attractive design that’s heavily dependent on the beauty of the typography. We’ll make use of some thin Helvetica styles and toss in a smooth animation on hover.

Demo: Check out the demo and code on CodePen.

Our markup here is dead simple. Create a div (you’ll probably want a class or ID in a live project), then toss in a header and an unordered list with five list items.

As we saw in the screenshot above, the list items use very thin type, subtle separators and a hover state that enlarges the font. To start, give the div a width and set your generic h2 styles.

Next, apply a list-style-type of none to ditch the bullets and reset any margins or padding that may be present. For the actual list items, I applied a slight bottom border, which provides that little divider. I did use the last-child selector, but it’s really no big deal if there’s a browser that doesn’t recognize that and decides to throw an extra border on the bottom.

Also notice that both of the times I set the font, I used CSS shorthand and applied different weights. To finish off, I applied some link styles and set the transition to enlarge the font and change the background color on hover. 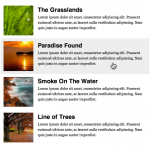 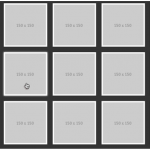 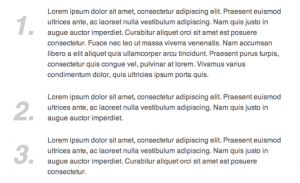