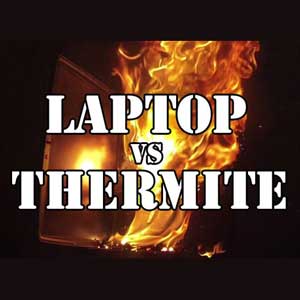 By Caleb Kraft from hackaday.com:

Years ago we covered using thermite to destroy a hard drive. The idea is that if you melt through the platters, the data is completely unrecoverable.  There are tons of videos of people doing this, but they all have a similar format. There’s a hard drive, with a flower pot or soda can sitting on top full of thermite. They then light this with a strip of magnesium and a torch.

I wanted to do something a little different. I wanted to implement thermite as a self destruct mechanism inside the device. To do this, I had to come up with a way to ignite the thermite. This stuff is very difficult to light. You have to get it really really hot. The easiest way is to use magnesium, which itself isn’t the easiest thing to light.

I wasn’t sure about this one. There isn’t a whole lot of space for thermite and the ignition system inside the box. On top of that, the only space was at the side of the hard drive, where the walls are the thickest. I had no idea if the small amount of thermite I used would penetrate the drive. It did, just barely as you can see in these pictures. It looks as if it pooled in the screw holes  and made it inside. The platters are damaged.

Looking down on hard drive

You can see a hole in the drive from this angle

Yep, appears to be the screw hole

Platters are damaged, but not as effective as thermite to the top

I decided to completely replace the CD-ROM with thermite. This gave me a ton of space to put things. I was pretty positive this would work. The hard drive is in the center of this laptop, which meant I had to place it on its side for this to be effective. You can see the thermite work its way down toward the drive in the video. As you can see in the pictures below, the drive cover is completely gone and the platters are destroyed. Success!

Hard drive is center of the image

No data coming off that

Since this system can be powered by batteries or the internal power of your computer, it can be put inside a working device only to be used when needed. Obviously it is a ridiculous fire hazard that no one should bother with. It was a fun experiment though and I really feel like it is something that would fit in well in the world of James Bond. 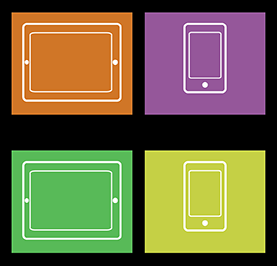