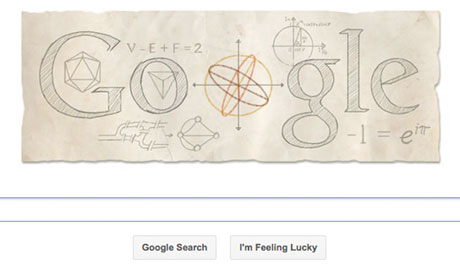 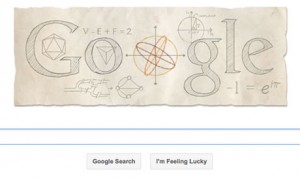 Leonhard Euler, the influential Swiss mathematician, has had the 306th anniversary of his birth honoured by Google with the publishing of an interactive Google doodle.

Euler was arguably the most important mathematician of the 18th century and one of the greatest of all time. He introduced most modern mathematical terminology and notation and was also renowned for his work in mechanics, fluid dynamics, optics, and astronomy.

Euler was born in Basel on 15 April 1707. He was tutored by Johann Bernoulli, a family friend who was also Europe’s leading mathematician. When Euler’s father tried to make him become a pastor, Bernoulli persuaded him that his son had the potential to be a great mathematician.