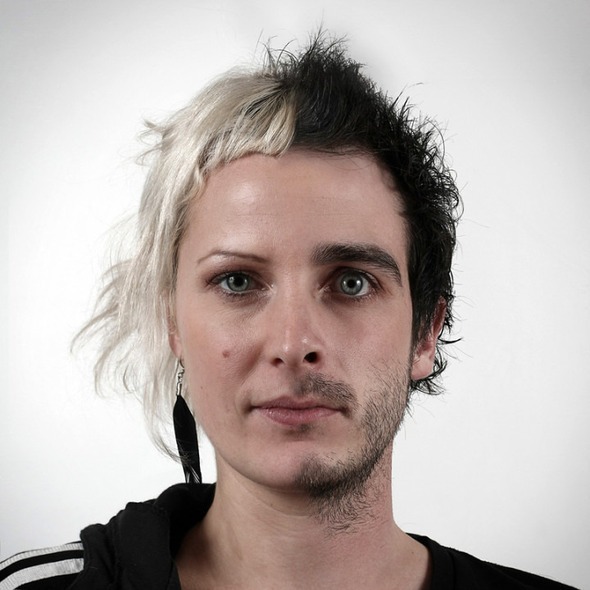 By Quenton Narcisse from Mashable.com:

One photographer has taken face-swapping to a whole new level.

In his Genetics Portraits series, French-Canadian photographer Ulric Collette photographs two family members and edits half of each face to create one portrait. Some of the portraits look so seamless, it’s hard to tell they’re even mashups at all.

While taking pictures of his then 7-year-old son, Collette had an idea: He wanted to convey the fascination behind genetics.

“I was attempting to create something totally different with another project of mine, and in the process I came up with the first picture,” Collette told Mashable. “Later, I decided to try the same process with a few family members and the project was born.”

Collette acknowledged he didn’t have a particular motive for the project — he simply wanted the pictures to look “as good as possible.”

Take a look at the gallery below. Then, watch the video (all the way at the bottom) of Collette capturing the editing process.