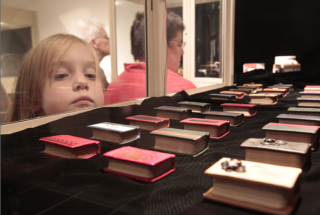 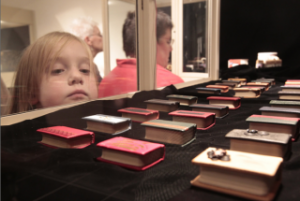 By Claire Kelley from Melville House:

A visitor to the Headley-Whitney Museum examines a display of Neale Albert’s complete works of Shakespeare as part of a Miniature Book Society exhibit. Neale Albert, a 75-year-old man who has 4,000 miniature books, was profiled—along with his tiny collection—in the New York Times on Monday. His titles include a 1923 edition of The Divine Comedy from 1921, that measures 3.5 by 2.25 inches and Portraits of the Sovereigns of England, which is about 2.5 inches by 2.5 inches, bound in orange morocco with blue silk and borders trimmed in gold. He even has a Chekhov short story “The Chameleon” which is said to be the smallest ever printed, according to the Guinness Book of World Records. 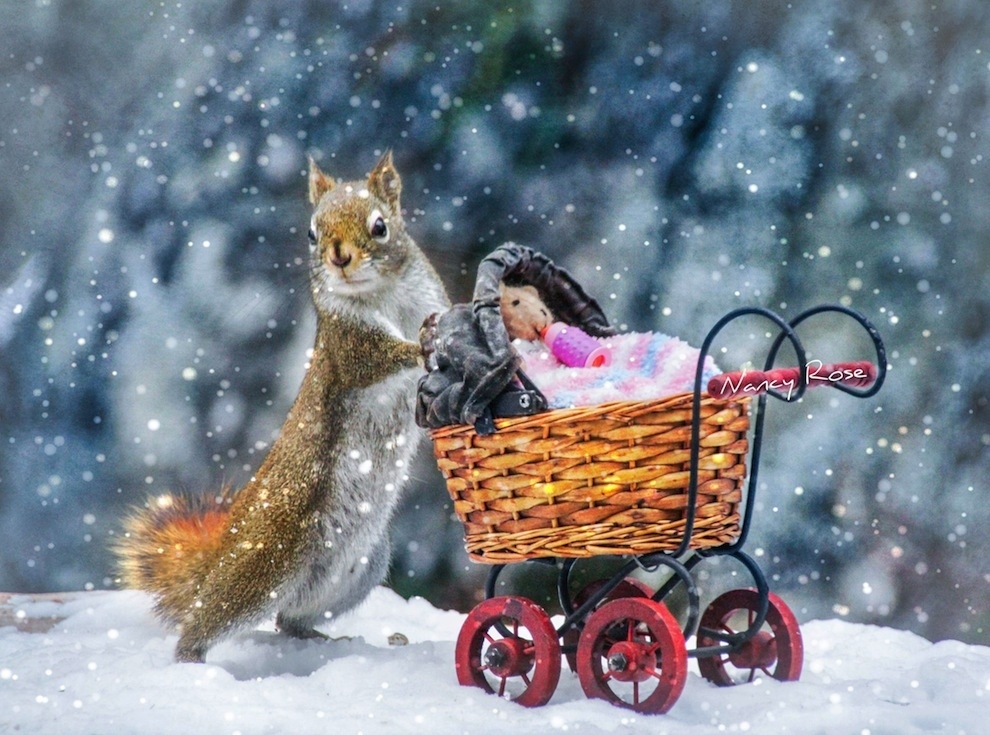 Photographer Nancy Rose builds tiny sets in her back yard for squirrels to interact with. Then she lies in wait and takes hundreds of frames as they run around the sets. Anyway, this is what Nancy’s squirrels are up to these days. (Click on images for larger size.) 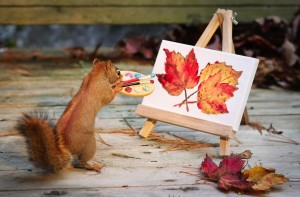 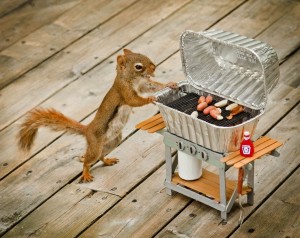 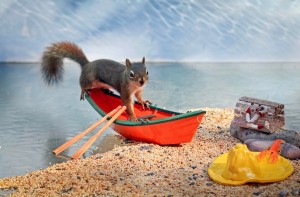 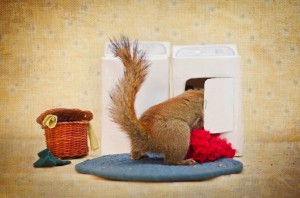 4. Doing their laundry on a day off 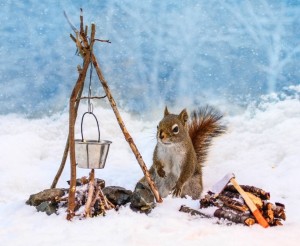 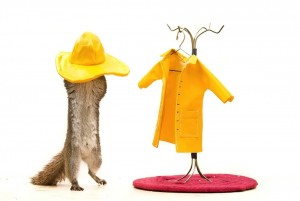 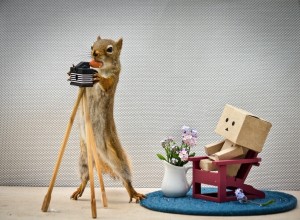 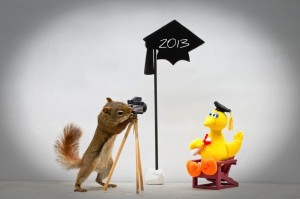 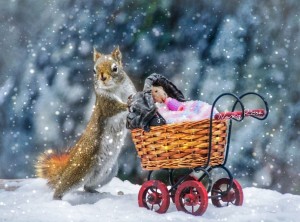 9. And OF COURSE, pushing teddybears around in a perambulator 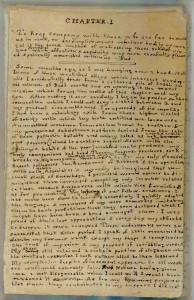 From Slate.com. Charlotte Brontë and her siblings started writing early and created many works of fiction, including this tiny book:

Before they wrote world-famous novels, the four Brontë children—in descending order of age: Charlotte, Branwell, Emily, and Anne—constructed elaborate fantasy worlds. The family was reclusive, and the children were educated at home; they spent most of their time with each other. Together, Charlotte and Branwell (who was the only Brontë brother) created a world called Angria, while Emily and Anne concentrated on an island they named Gondal. As part of their play, the siblings wrote many books, poems, and magazines.

Few of Emily and Anne’s Gondal-related texts survive. Charlotte and Branwell’s Angria works have fared better. Charlotte’s Something About Arthur is one of these miniature volumes, and is held by the Harry Ransom Center at the University of Texas at Austin.

The pages of Something About Arthur, which Charlotte wrote in 1833 at age 17, measure 2.25 by 3.6 inches. The book is 25 pages in length, and some of that scant real estate is claimed by a 42-line poem. In a foreshadowing of the Brontë sisters’ later interest in love and the class system, its plot follows two aristocratic brothers, one of whom narrates the story of the other’s romantic encounter with a poor, but worthy, peasant girl.

See also my blog post A miniature book collector and his little library.