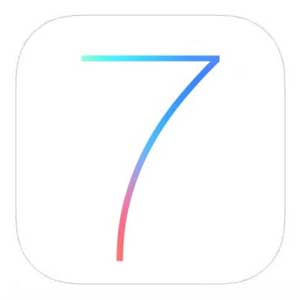 By Kyle Wagner from Gizmodo.com:

iOS 7’s switch to the Helvetica Neue Ultra Light typeface was one of the bigger design points for the new OS. But it came with a catch: It looked, in places, pretty bad on non-retina screens. The fix was simple enough. Just change it back to regular weight.

And here it is on non-retina iPad, via iOS engineer @youens.

(Go to site to click “Expand” if compression is making the GIF appear fuzzy; you can see the details more clearly that way anyway.)

The newer version for both GIFs is the frame with the lighter blue background, instead of grey. The differences can be seen all over the OS, in Messages, Weather, and other first party Apple apps. Most of the text had been readable on non-retina iOS 7-compatible devices, but some things like badges and smaller alerts just looked bad. Still, this throws the weight of the entire OS off from where it had been, even if just slightly.