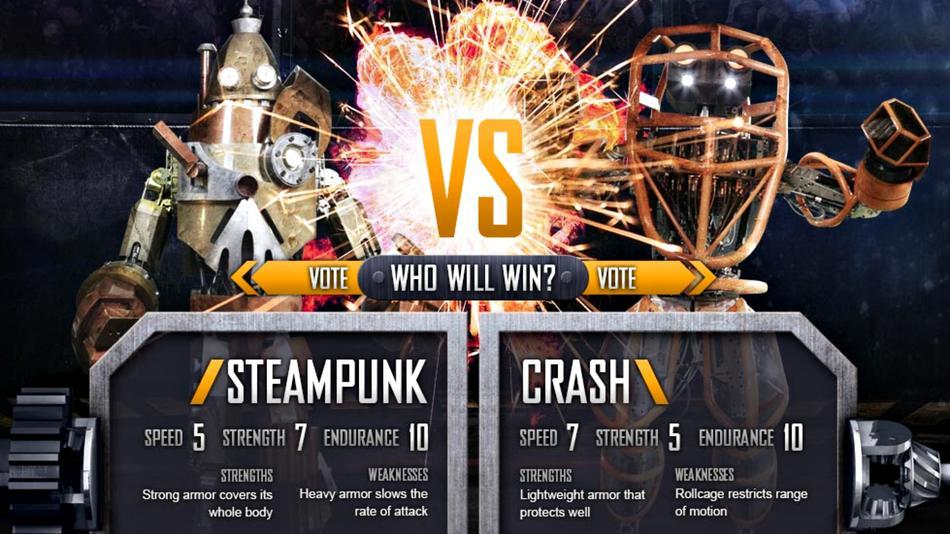 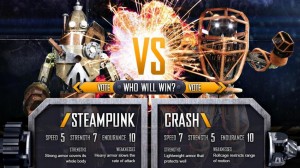 By Brian Anthony Hernandez from Mashable.com:

Robot Combat League, the Syfy network’s new reality series pitting 12 expensive, 8-feet-tall humanoid machines against each other in tournament-style face-offs, ends Tuesday night (4/23/13) with the final two robots. And while this season lasted only three months, it has been years in the making.

“I really couldn’t believe how technologically advanced they were,” Chris Jericho, the show’s host and popular WWE wrestler, told Mashable. “It’s like being attacked by a Terminator. If you got hit by one of these things it would literally cave your head in.”

Steampunk and Crash (see image above) will battle for the show’s championship in Tuesday’s finale battle at 10 p.m. ET.

Throughout the tournament, teams of two humans piloted the robots: a fighter (“robo-jockey”) and a robotics engineer (“robo-tech”). Fighters had varying backgrounds, including completing in the Olympics, battling as mixed martial artists and even being the daughter of filmmaker George Lucas. They used exo-suits to power their robots’ movements. The engineers had experience in tech or science; one helped build NASA’s Mars Curiosity Rover.