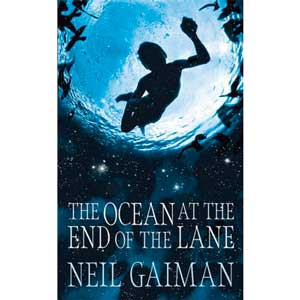 By Alison Flood from TheGuardian.com:

“The Ocean at the End of the Lane” will become a road as well as a read, as Portsmouth City Council honor homegrown novelist Neil Gaiman. 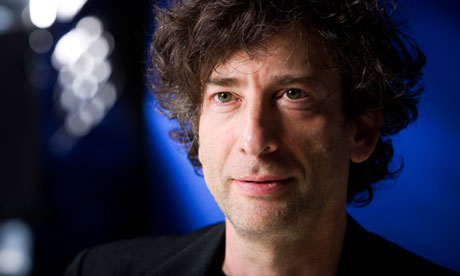 From the Carnegie medal to the Hugos, Neil Gaiman has won armfuls of awards for his novels and comics. But now the bestselling author is set to receive a rather more unusual honor: Portsmouth City Council is planning to rename a street after his just-published novel.

With a novel titled The Ocean at the End of the Lane, the chosen street had to be near the seafront. But the council have ensured that the roadway named after the first adult novel Gaiman has written since 2005 points directly at the ocean – or at least the English Channel.

The author was born six miles north-west of Portsmouth in White Hart Lane, Portchester, and grew up in Purbook and then Southsea. The novel – the story of a seven-year-old boy who learns of the terrifying, wonderful universes that exist alongside our own – is set in the landscapes in which Gaiman grew up.

“The slick black road became narrower, windier, became the single-lane track I remembered from my childhood, became packed earth and knobbly, bone-like flints,” Gaiman’s narrator tells us. “Soon I was driving slowly, bumpily down a narrow lane with brambles and briar roses on each side, wherever the edge was not a stand of hazels or a wild hedgerow. It felt like I had driven back in time. That lane was how I remembered it, when nothing else was.”

The book is told from the adult narrator’s perspective, looking back on the time as a child when he discovered the strange women who live at the end of his lane, one of whom can remember the Big Bang, and one of whom believes the pond in her garden is an ocean. “We came across it when I was just a baby, from the old country.”

The currently unnamed road will become The Ocean at the End of the Lane on 18 August, when Gaiman visits Portsmouth. Cabinet minister Lee Hunt said that “we want to encourage a love of literacy among our young residents, and with Neil’s global following, hopefully this new name will put Portsmouth on the book lover’s map”, adding: “Neil’s connection to the city strengthens our aspirations to promote Portsmouth as the home of great writing.”

Gaiman said he felt “gobsmacked, befuddled, delighted and baffled” at the news. “When you make things up, you never expect them to creep out into the real world,” said the novelist. “I lived in Portchester and Southsea until I was five. But my grandparents and much of my family were in Southsea, so I was back every school holiday and stayed as long as I could. I was even Barmitzvahed in the Portsmouth Synagogue.”

The author of Sandman comics, Doctor Who episodes and the novels American Gods and Anansi Boys has called The Ocean at the End of the Lane the “most personal” book he has ever written – although he admits he has altered some of the locations. But there’s no room for doubt in the location of the writer’s latest honor. Gaiman’s fans will find this award has definitively put his work on the map.