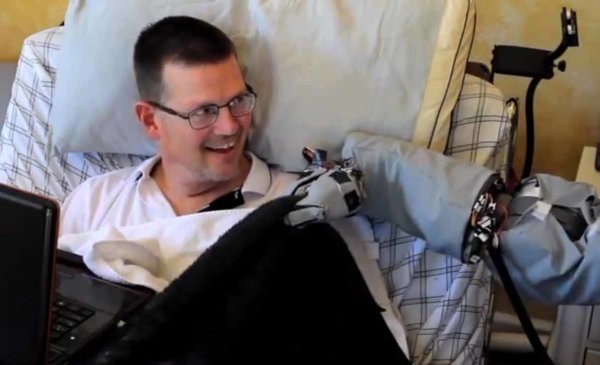 By John Markoff from the New York Times. (Scroll down for video.)

Finding and recognizing objects by touch in your pocket, in the dark or among items on a cluttered table top are distinctly human skills — ones that have been far beyond the ability of even the most dexterous robotic arms.

Rodney Brooks, a well-known roboticist, likes to demonstrate the difficulty of the challenge for modern robots by reaching into his pocket to find a particular coin.

Now a group of roboticists in the Department of Biomedical Engineering at the Georgia Institute of Technology in Atlanta, led by one of Dr. Brooks’s former students, has developed a robot arm that moves and finds objects by touch.

In a paper published this month in the International Journal of Robotics Research, the Georgia Tech group described a robot arm that was able to reach into a cluttered environment and use “touch,” along with computer vision, to complete exacting tasks.