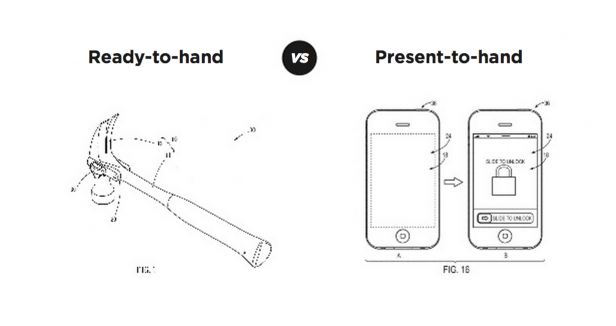 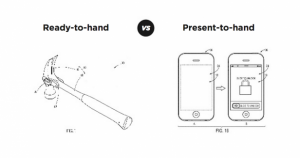 The first real-world demo of Google Glass’s user interface made me laugh out loud. Forget the tiny touchpad on your temples you’ll be fussing with, or the constant “OK Glass” utterances-to-nobody: the supposedly subtle “gestural” interaction they came up with–snapping your chin upwards to activate the glasses, in a kind of twitchy, tech-augmented version of the “bro nod”–made the guy look like he was operating his own body like a crude marionette. The most “intuitive” thing we know how to do–move our own bodies–reduced to an awkward, device-mediated pantomime: this is “getting technology out of the way”?

Don’t worry, though–in a couple years, we’ll be apparently able to use future iterations of Glass much less weirdly. A Redditor discovered some code implying that we’ll be able to snap photos merely by winking. What could be more natural and effortless than that? Designers at Fjord speculate that these kinds of body-based micro-interactions are the future of interface design. “Why swipe your arm when you can just rub your fingers together,” they write. “What could be more natural than staring at something to select it, nodding to approve something?… For privacy, you’ll be able to use imperceptible movements, or even hidden ones such as flicking your tongue across your teeth.”

These designers think that the difference between effortless tongue-flicking and Glass’s crude chin-snapping is simply one of refinement. I’m not so sure. To me they both seem equally alienating–I don’t think we want our bodies to be UIs.

Heidegger’s concept of “ready to hand” describes a tool that, when used, feels like an extension of yourself that you “act through”. When you drive a nail with a hammer, you feel as though you are acting directly on the nail, not “asking” the hammer to do something for you. In contrast, “present at hand” describes a tool that, in use, causes you to “bump up against some aspect of its nature that makes you focus on it as an entity,” as Matt Webb of BERG writes. 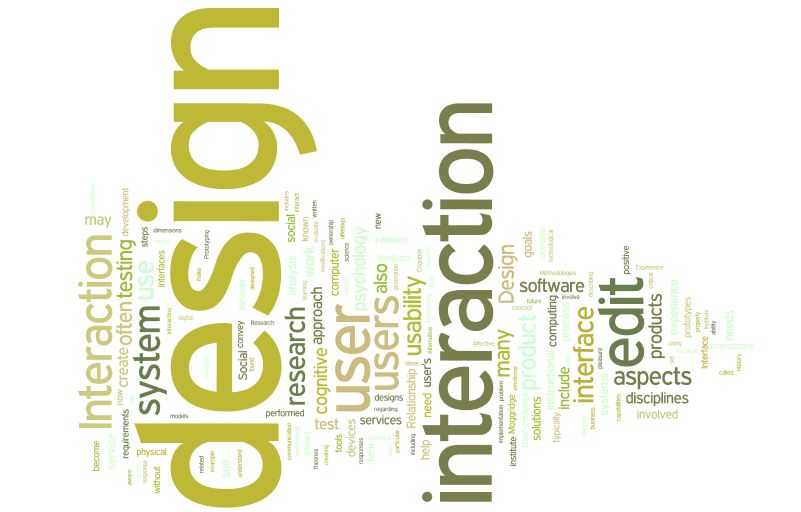 This interesting article from bjango.com posits that stylistic design choices follow from the limitations of their hardware or production: 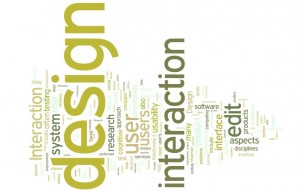 Like many trends in technical areas, interaction design is being led by technical ability.

In the same respect, print design has limitations to work with. Most body copy in print design is black, because of hardware abilities — black is one of the four printing plates, so it can be reproduced at high quality, with sharp, fine lines needed for text. Back off a little to a mid-grey and the quality drops significantly, because you’re still using black to print, but you’re building mid-grey from a dither pattern of small black dots on white paper. It’s a trick. There is no mid-grey, only black or white. And because of this, smallish text printed as mid-grey looks horrible (please note that I’m talking about typical four colour CMYK offset printing, not the use of special colours).

Great ideas for web, UI and UX design from Colm Tuite, a great authority, on Quora.com, a great site.

Here’s a pretty good resource for learning UX/UI design, if I do say so myself. There is a difference between UI design and UX design. There is a lot of overlap though, so I’ll try to bundle them together. Here it is, in ten simple steps.

#1 Discover the problem
Far too many designers sit down to work on a new project without doing any research at all. [more]

#2 Get to know your users
It’s much easier to solve problems when you first figure out who is experiencing them. Find out as much as you can about your users before you start. [more]

#3 Learn to wireframe properly
So, now that we know who our users are and what problems they are experiencing, we can start redesigning our homepage, right?

#4 Communicate effectively
It is your job to communicate the information your users want in the quickest, most effective way possible. [more]

#5 Guide your users
When a user lands in your app and doesn’t immediately see how it can benefit them, chances are they’re gonna leave and won’t be coming back anytime soon. [more]

#6 Encourage your users
When a user makes a mistake, don’t just inform them in a cold manner and leave them to figure out the solution. [more]

#7 Reward your users
Likewise, when your users do something right, reward them. Don’t just inform them of their success like any robot would. [more]

#9 Learn visual design
Lots of UX designers think they don’t need to know about color or typography. Others say it’s a complete waste of time. It’s not.  [more]

#10 Study. Study. Study.
There are countless resources out there for learning about design. Here are just a few to get you started: