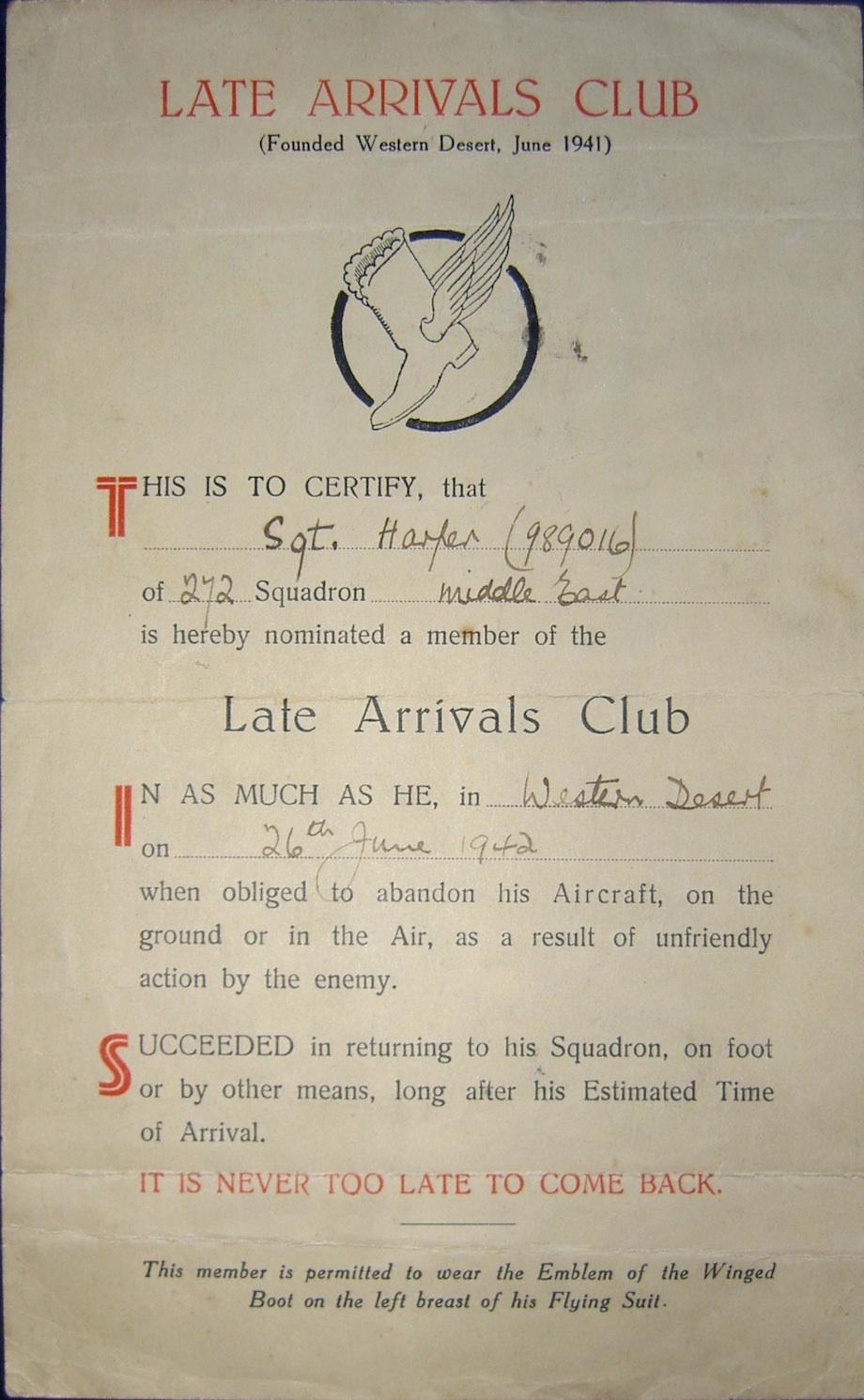 From Slate.com‘s history blog, the Vault:

During World War II, soldiers serving in Allied armies formed several exclusive clubs honoring troops who survived harrowing ordeals. Though unofficial, these clubs offered a morale boost to their members, as well as to other soldiers, as proof that survival—against all odds—was possible.

The Caterpillar Club, which was first formed in 1922 shortly after Lieutenant Harold Harris made an emergency jump at McCook Field near Dayton, Ohio, offered membership to tens of thousands during the war who used parachutes—made from caterpillar-produced silk—to bail out of disabled planes. Members included former president George H.W. Bush. Irvin Air Chute Company awarded unofficial badges in the form of gold caterpillars with red eyes along with membership certificates. A similar association, the Goldfish Club, honored those whose planes crashed in water and were saved by life rafts.

The Guinea Pig Club was started as a drinking club by aircrew who had been horribly burned and disfigured in the Battle of Britain and were treated by innovative surgeon Sir Archibald McIndoe at Queen Victoria’s Hospital in East Grinstead, West Sussex. The club claimed 649 members by the end of the war.

The Late Arrivals Club or Winged Boot Club honored those who walked back from behind enemy lines. Members were awarded certificates with the words, “It is never too late to come back,” along with badges designed as winged boots that could be worn on the left breast of flying suits. When an unknown American returned from occupied territory to England and started wearing a badge in 1943, other Americans had unauthorized badges made in the US. Among those who were eligible for membership were thirty Americans, including thirteen nurses, who walked hundreds of miles while trapped behind Nazi lines in the winter of 1943-44.