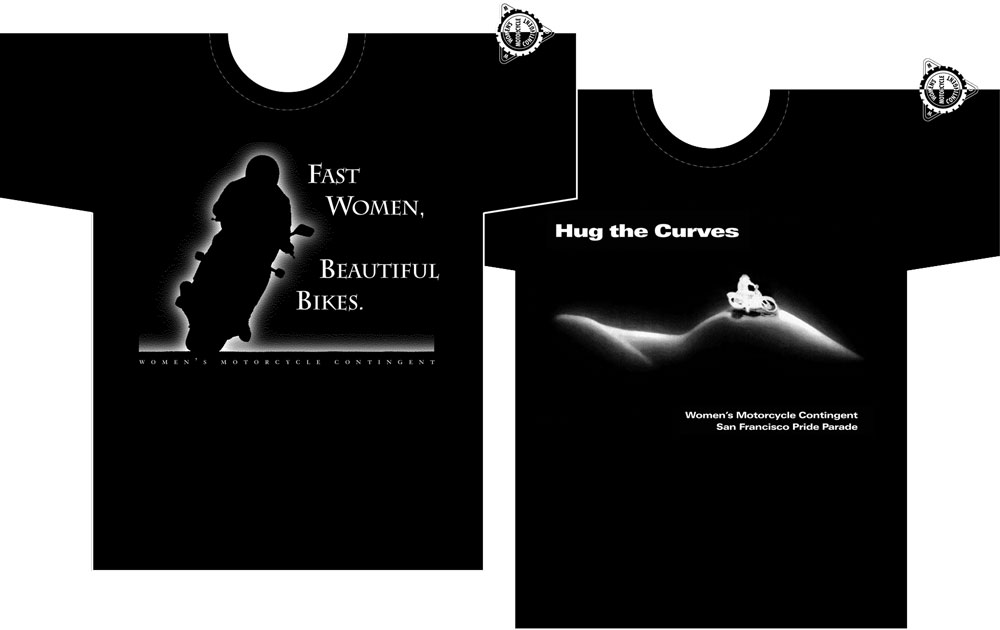 The Women’s Motorcycle Contingent organizes the ‘Dykes on Bikes’ contingent in the San Francisco LGBTQIA Pride Parade. The group starts off the Parade each year with whoops, hollers, leather, lace, and a roar of engines.

As a longtime motorcycle lover, I was flattered when the WMC approached me about designing T-shirts, two years in a row, for them to sell as fundraisers and keepsakes. The target: a celebration of the love the women have for the open road and their bikes, and for each other.

The shirts were enthusiastically received, and were the only two T-shirts in the history of the WMC to make a substantial net profit. ‘Fast Women’ sold out two printings; the popular shirt was reprinted six years later and again made a profit. ‘Hug the Curves’ sold out its first printing.