OK it’s prom season and looking back who among us wouldn’t have preferred a handmade steel rose corsage? This kid (and his mom! extra adorable!) made one for his prom date:

I made a steel-rose corsage for my prom date! 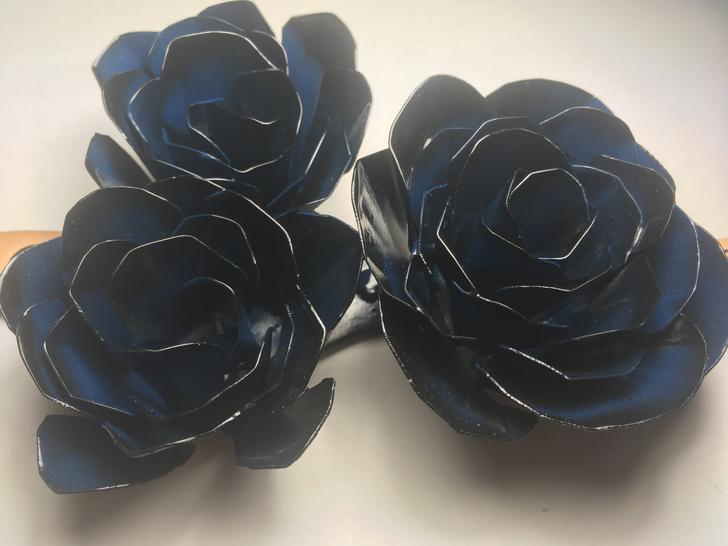 Here’s a close up of the flowers. I didn’t get any progress pictures because I thought I was in a bit of a rush. I’ll try to walk you through the process though. 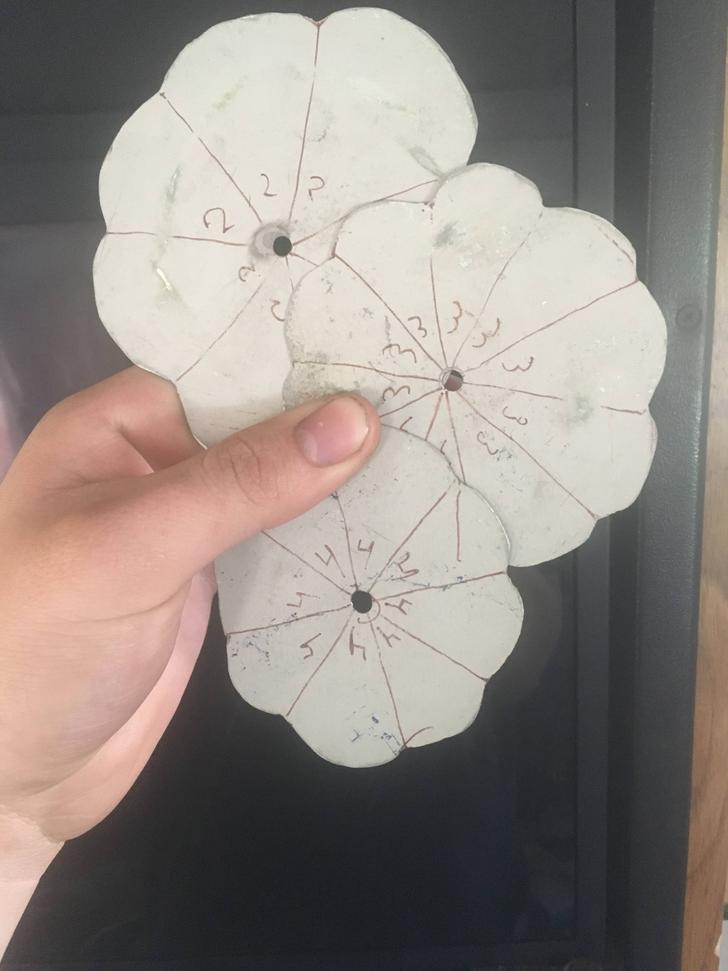 First, I traced the above patterns out onto a sheet of galvanized steel. Then using a combination of tin snips and and angle grinder with a cut-off wheel, I cut the general shape out and then drilled the holes. After the pieces were cut out, I used the tin snips to cut out the individual petals and then sanded off the rough edges on my belt sander. At this point, I cut out a funky “Y” looking shape from the galvanized steel that became the baseplate. I drilled five holes in it: two to attach it to the leather wristband, and three for the flowers to go on. To attach the pieces together, I clamped them all together over the holes and stuck a nail through the holes, then cut off the nails about 2 mm above the surface of the plate. Then I set the head of the nail on an anvil with everything still clamped together and peened out the 2 mm of nail into a rivet. Rinse and repeat for each flower and the attachment holes. In between each flower, I bent the petals up and made it actually look like a flower, so that I could fit the next set of plates on to the baseplate. Once all three flowers were looking like flowers, all I had to do was paint. 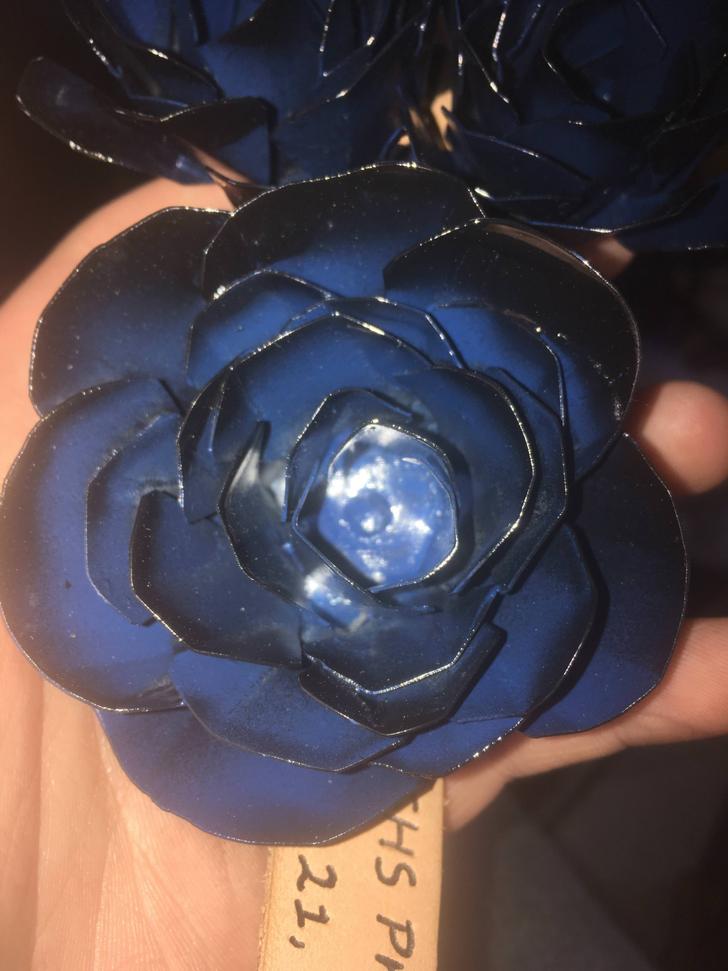 Here you can see the nail rivet in the center of the flower. 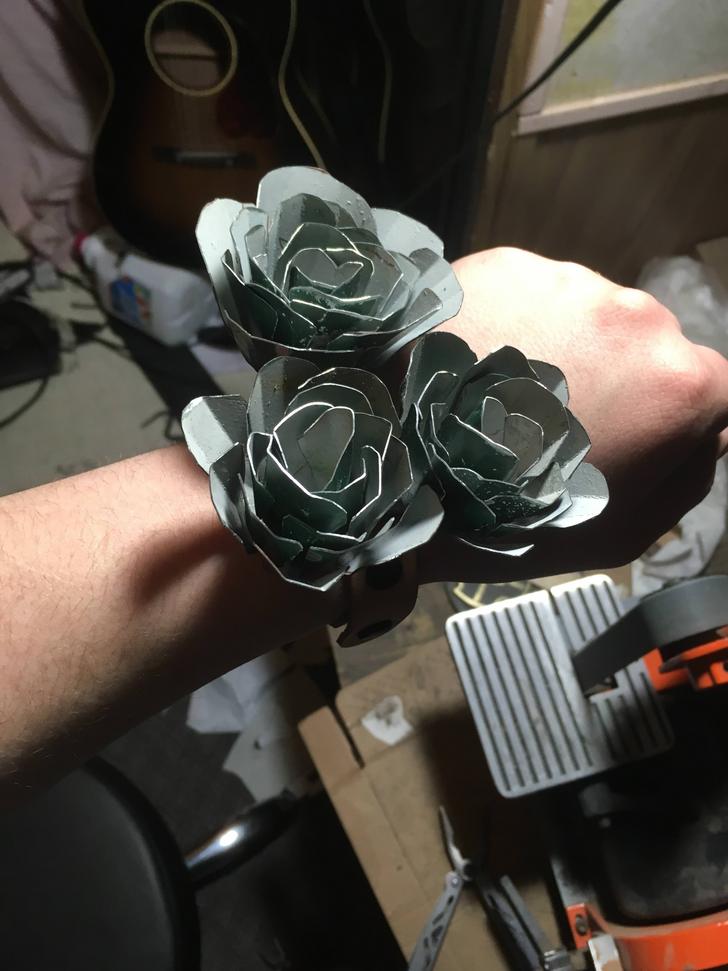 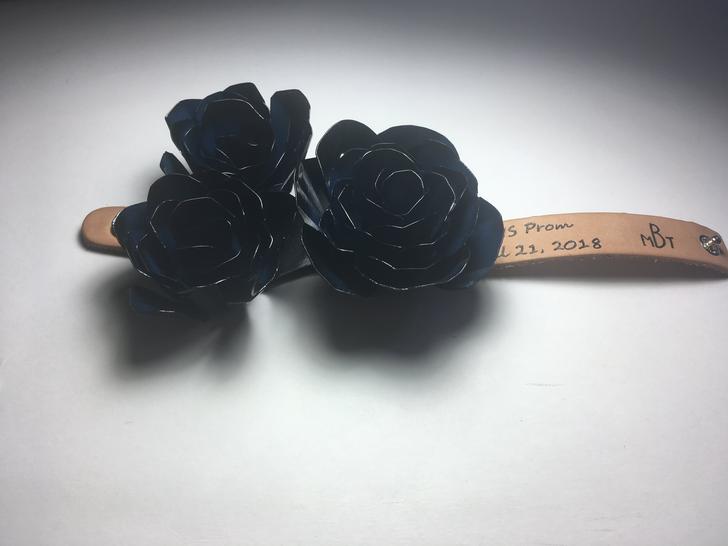 Here’s the whole thing. I just used spray paint to cover up the original green and white paint that was on it. 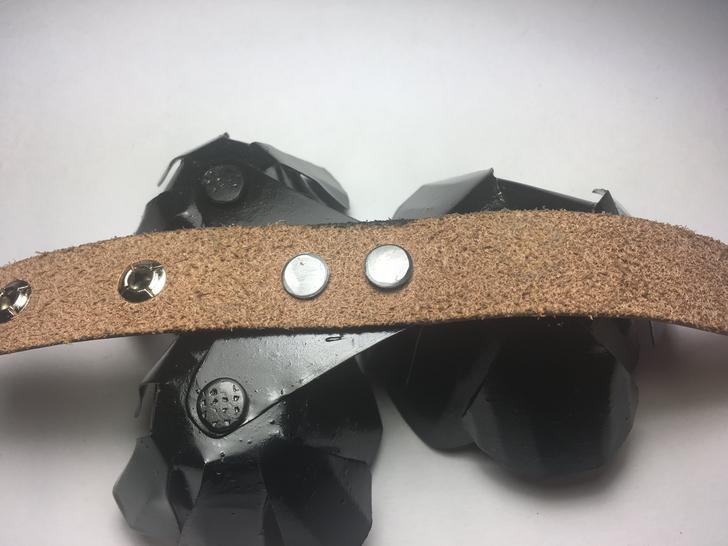 Underside. You can see four of the five nail heads. I also sanded and smoothed the heads of the nails to help prevent discomfort. 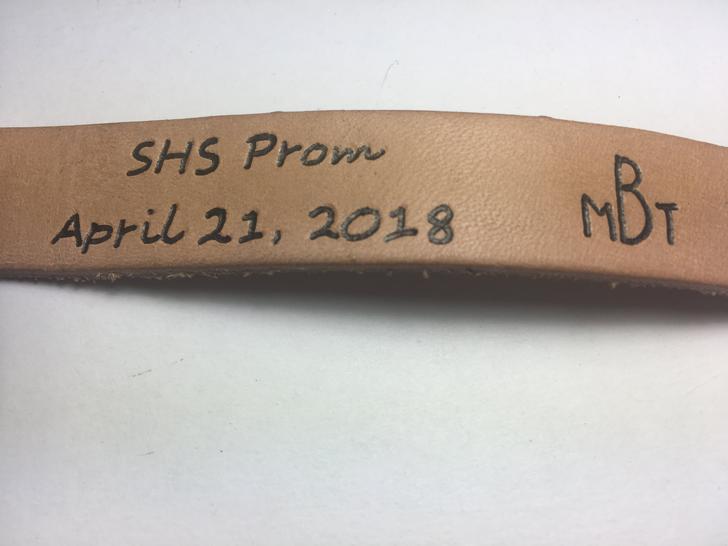 I was feeling really shaky and weird when it came time to decorate the band. My mom suggested the date and she used a stylus to put the imprints in the leather and what I guess will be my logo when I make stuff. She filled the indentations in with an artsy pen thing. 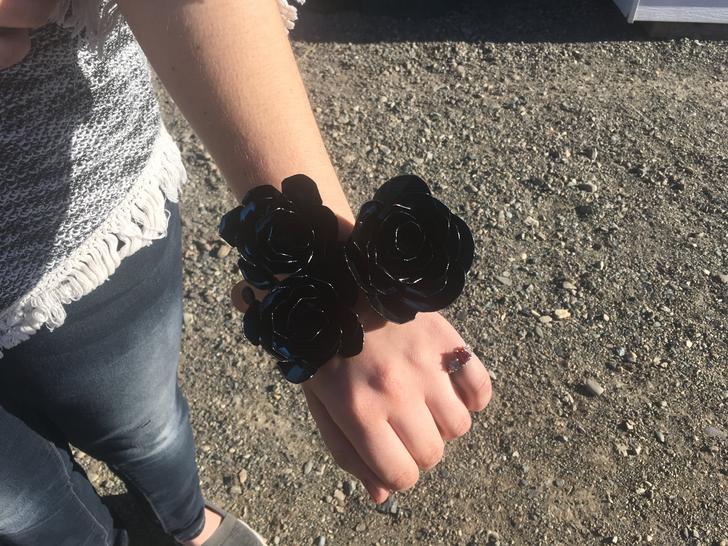 My sister modeling for me. The blue was very difficult to see in most of the pictures I took. It came out best when I shone a lamp on it from about 2 inches away. 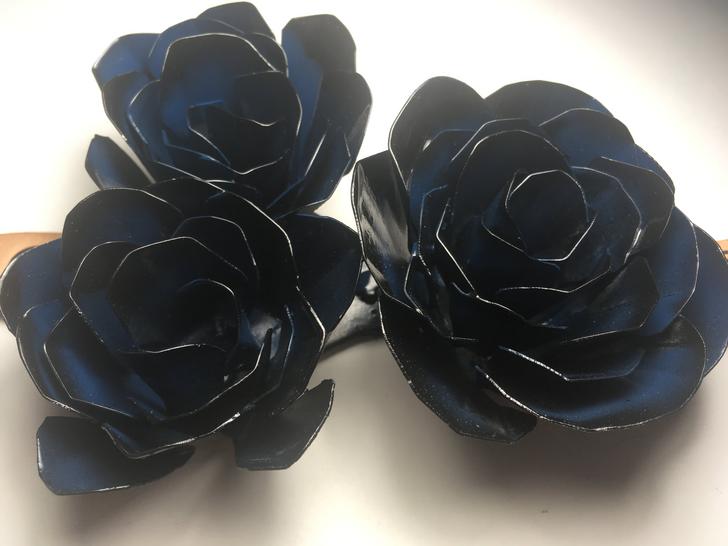 Close up again. Honestly, this turned out waaaaaay better than I expected. I had only made one steel rose before this project and I wasn’t sure if I could do a good enough job. I sent a few pictures to one of my buds and he said that she was probably going to cry. I honestly wouldn’t be surprised if she instead punched me for spending so much time and effort on her. But I think she’ll like it. 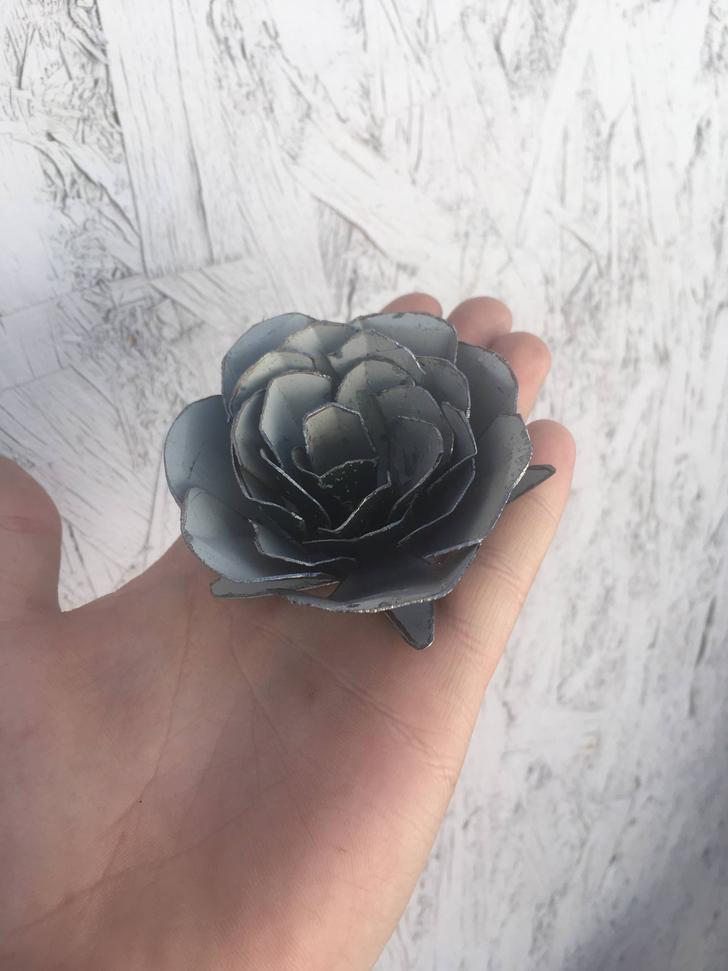 Bonus picture of my first steel rose. I didn’t do any sanding or painting as this one was just kind of to show myself that I could make a steel rose.

[Later] Edit: first of all, thank you all for all the feedback, I really appreciate it! Second, a lot of you wanted to know her reaction and she didn’t punch me nor did she cry, she seemed pretty impressed by it, and I think she loved it. For the few of you who suggested it, there was no after prom sex or anything. Another thing I noticed in the comments was lots of people commenting about how much it weighed, and it only weighed about a quarter to half a pound at the most. I had my mom try it on to see if it was too heavy, and she said she’s had real floral corsages that weighed more than that. Again, thank you for your time in reading this and commenting on it, it’s awesome that you guys think that this was good and I really appreciate all the feedback, thank you! 🙂