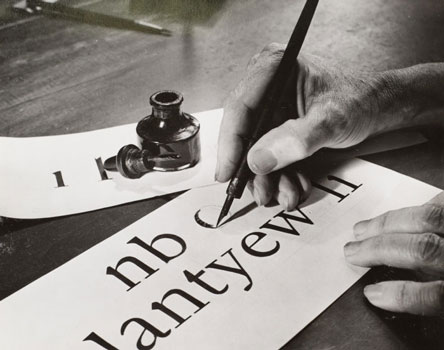 Typefaces in tattoos, flash or custom, fall into two main groups: block capitals with thick, filled-in verticals and/or mid-height serifs, or swooping, unreadable script. Most type in knuckle tattoos and banners is in the former camp; most type in large back and chest tattoos in the latter. See my blog post Foot Font Friday for script tattoos on feet. 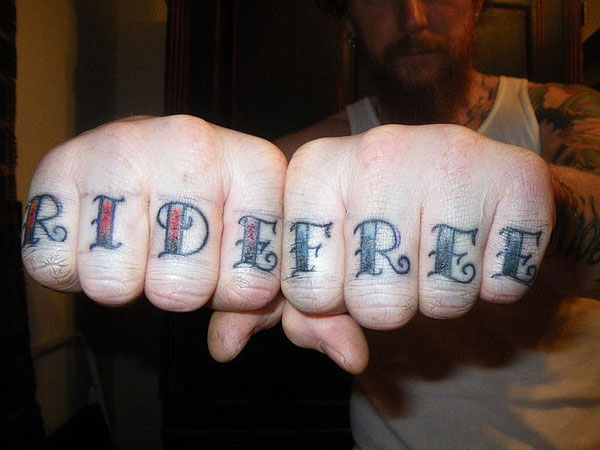 Others range from the unconventional… 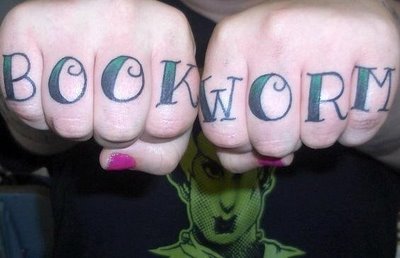 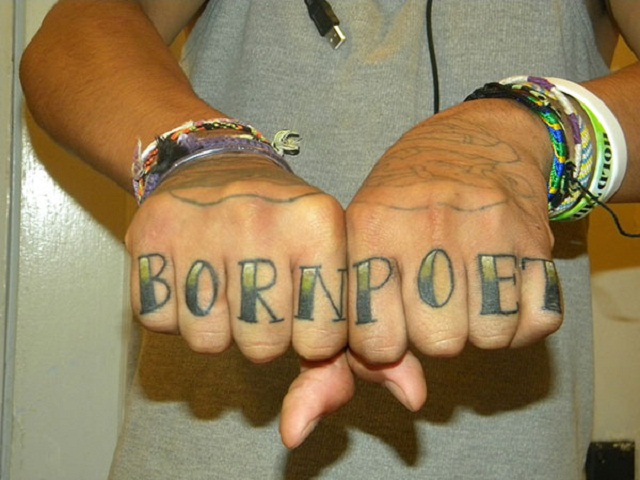 Kind of a hybrid between capitals and script: 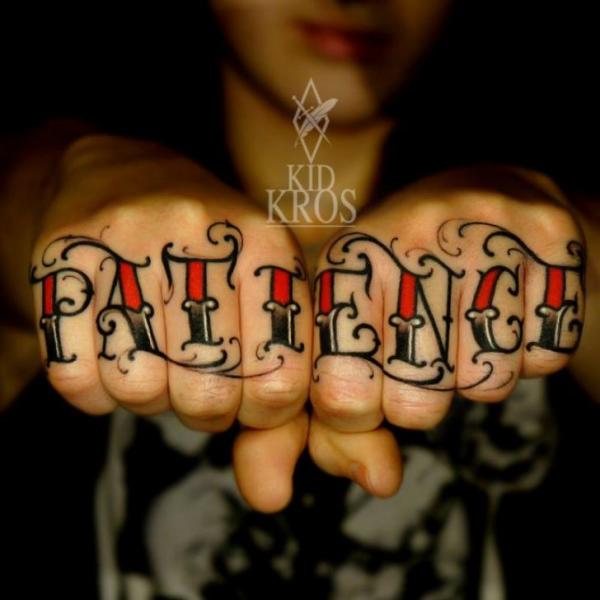 A few examples of script: 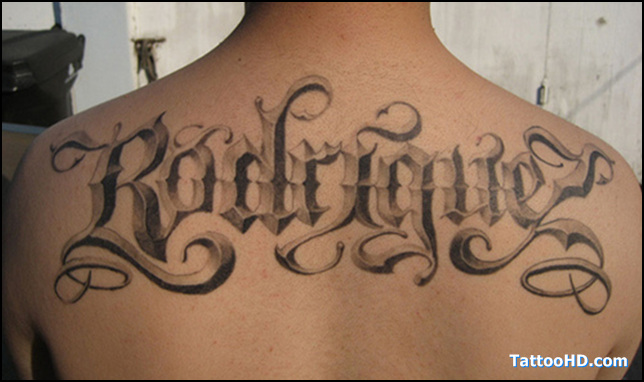 This  says “Memories Over Material.” Honest. 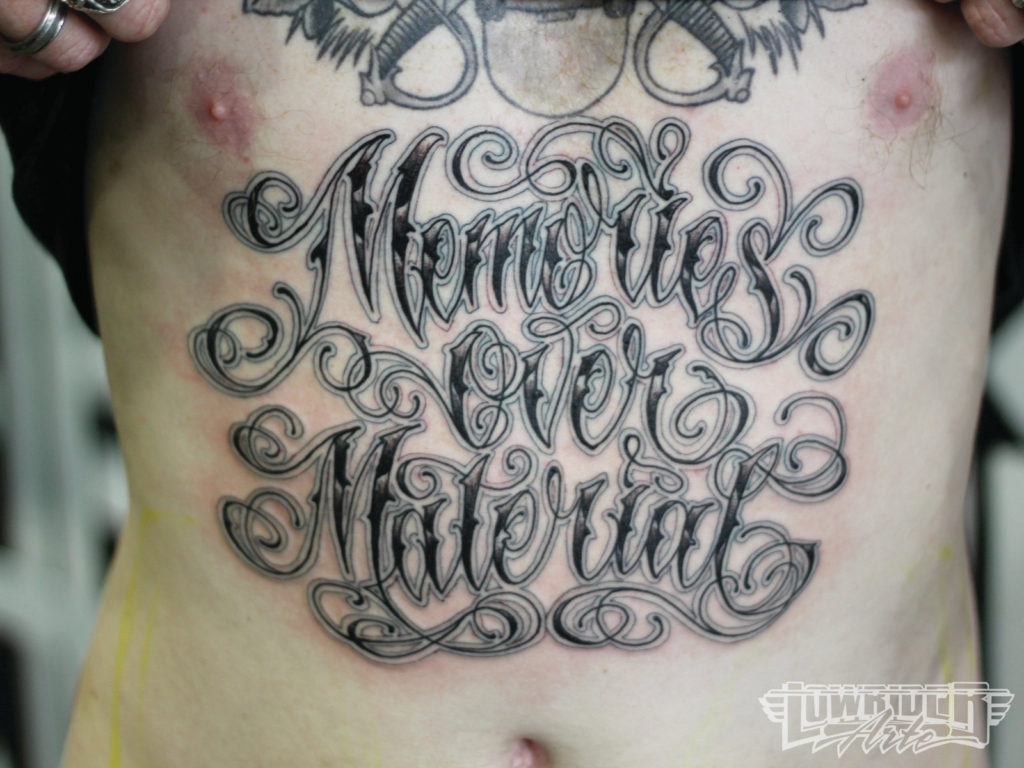 No idea what this one says. Let me know if you do. 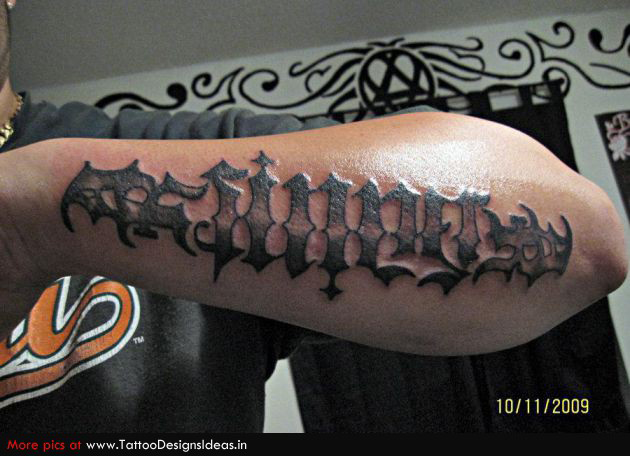 And this one which is totally awesome. You figure it out. 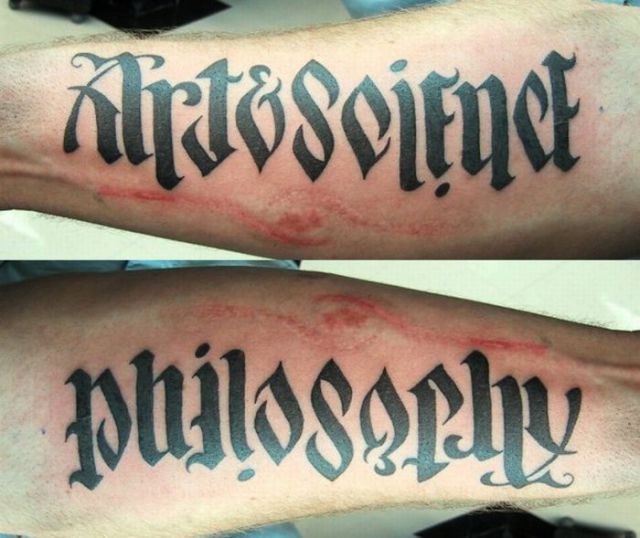 You also get anomalous typefaces such as this: 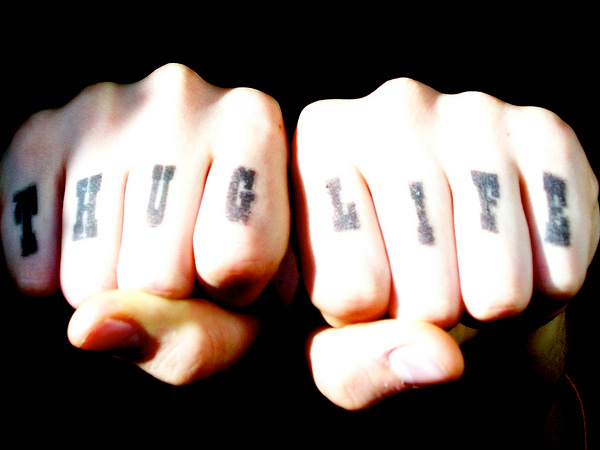 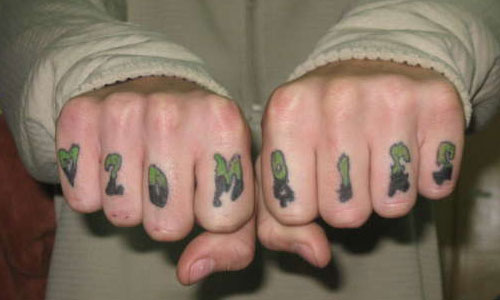 And of course some goddamn designer had to go and get this piece proclaiming their love for their favorite typeface. It’s set in Helvetica, naturally. 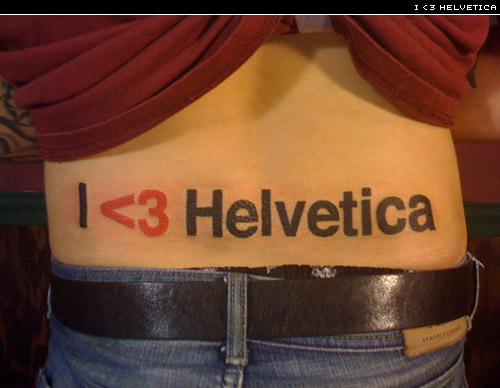