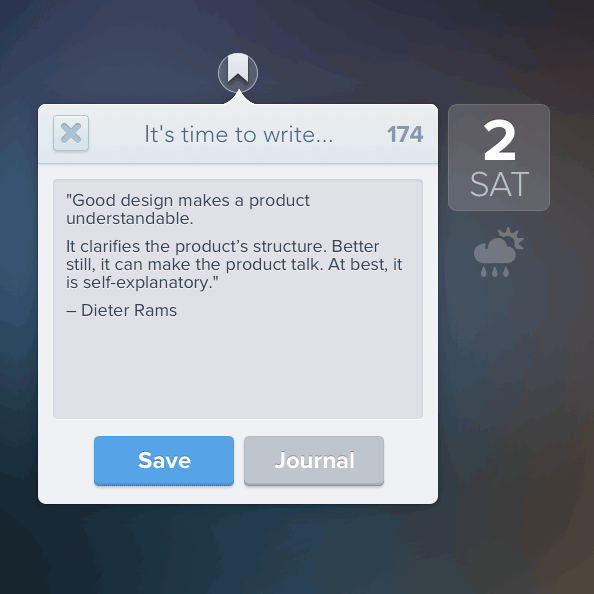 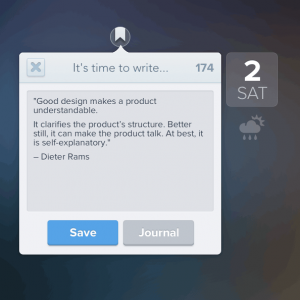 Expressing your thoughts through design is great, but is it enough? Can you become a better designer by writing? Designer Meng To thinks yes.

Writing Makes Me A Better Designer

About a month ago, I decided to start a new discipline: write a short piece about design every day using Day One, which has a useful daily reminder. My goal was to become a better designer. It worked. I started to obsess more over my design process and made many fascinating case studies. I had no idea that by sharing my design decisions and techniques to the world, it would help thousands of designers improve their own. During that one month period, over 70 thousand unique visitors came to my blog seeking information about Sketch, Android design and Solving The Back Button. Many came back. Designers would ask me questions directly on Twitter, to which I happily replied. With this article, I’d like to share with you what I learned through this humbling journey.

I used to bottle all my thoughts inside my head and never write anything lengthy down on paper. Yes, it was expressed through my design, but is that enough? Can I become a better designer by writing? The answer is yes. The thousands of thoughts my in head were chaotic. Writing was a way to organize them and clarify them in the simplest form of expression: words. I know that a picture is worth a thousand words, but are those words cleanly organized? That’s what I wanted to improve. A designer should be able to concisely explain his product decisions. People can recognize good design if you’re able to tell them why and show them how.

“Good design makes a product understandable – It clarifies the product’s structure. Better still, it can make the product clearly express its function by making use of the user’s intuition. At best, it is self-explanatory.” – Dieter Rams

Feedback is gold. Your blog is essentially a topic open for discussion, whether the feedback exists on your site or on networks such as Twitter, Facebook, Designer News or Hacker News. I also iterated my blog based on some comments: