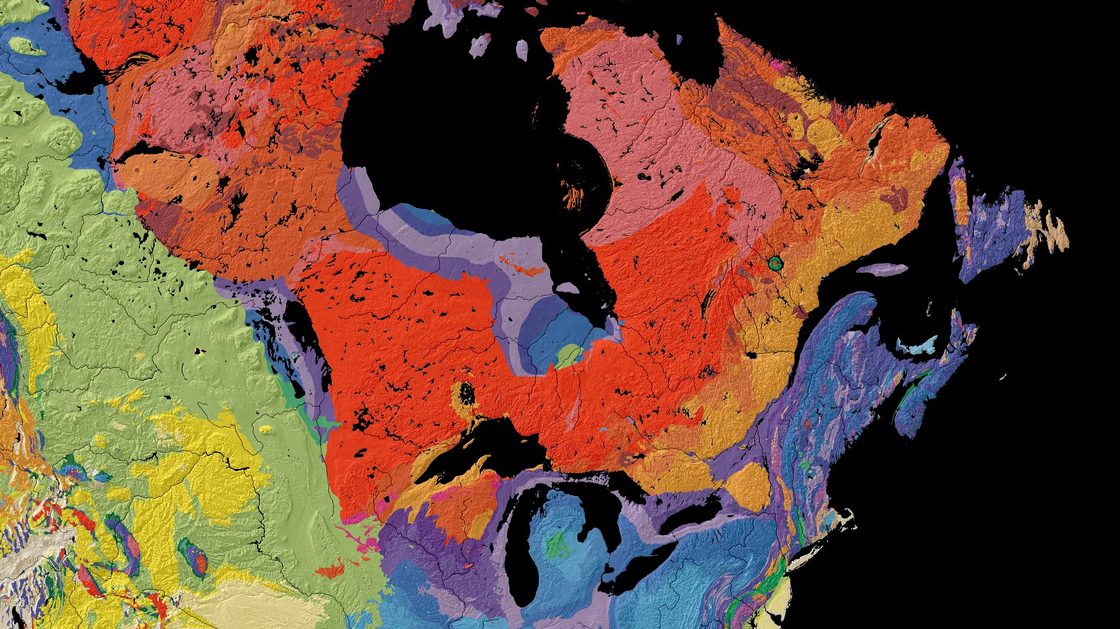 By Ashley Feinberg from Gizmodo.com: This map, from the United States Geological Survey, shows the age of bedrock in different regions of North America. Scientists found ancient water in bedrock north of Lake Superior. This region, colored red, was formed more than 2.5 billion years ago.

So remember about a month ago when scientists in Canada found the oldest undisturbed water cache ever? The one that had been stagnant beneath a rock for roughly 1.5 billion years? And that might hold the remains of prehistoric life? Yeah, don’t drink that; it tastes like crap. Or so says Dr. Barbara Sherwood Lollar. And she should know—she tasted it.

As a lead researcher and newfound connoisseur of primordial soup, Lollar described the physical properties of the liquid during a recent interview with the LA Times. And what’s ancient water like? Salty, viscous, and turns kind of orangey when exposed to air. Refreshing!

But wait, you may wonder, how does she have such an intimate, sensory knowledge of the ancient goo? Good question—The LA Times wanted to know, too. And Lollar responded with admirable, unsettling honesty:

I have to admit I have tasted it from time to time. It tastes terrible. It is much saltier than seawater. You would definitely not want to drink this stuff.

Yes. She’s tasted it. From time to time. More than once. There were multiple occasions where she said, “It’s probably a good idea to put this potentially 2.5 billion-year-old water of indeterminate makeup into my mouth…. you know, again.”

Admittedly, the first time was for science, for which we commend her bravery. But once you’re on the second and third rounds of primordial sauce, motive starts to get a little hazy. Especially when you consider that scientists are still waiting to find out if the liquid is hiding any number of ancient lifeforms. But once you’ve tasted that salty, syrupy nectar, putting down the beaker is a lot easier said than done. Apparently.

So, Dr. Lollar, the next time you’re staring into the bottom of those empty test tubes, just remember—the two-billion-year-old water can’t love you back. [LA Times via The Atlantic]

I suppose she’ll have to change her name to “Patient Zero” in the near future.

It’s because “there’s the off chance of superpowers” doesn’t really read well in a scientific journal.