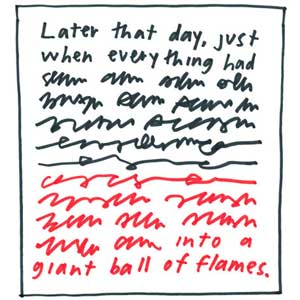 By Costica Bradatan from newyorktimes.com:

In her exploration of the Catholic religion, “Letter to a Priest,” written the year before her death in 1943, Simone Weil noticed at some point that “for any man a change of religion is as dangerous a thing as a change of language is for a writer. It may turn out a success, but it can also have disastrous consequences.” The Romanian philosopher Emil Cioran, who was one such writer, talks of the change of language as a catastrophic event in any author’s biography. And rightly so.

The world reveals itself in a certain manner to the Japanese writer, and in quite another to the one who writes in Finnish.

When you become a writer, you don’t do so in abstract, but in relation to a certain language. To practice writing is to grow roots into that language; the better writer you become, the deeper the roots. Literary virtuosity almost always betrays a sense of deep, comfortable immersion into a familiar soil. As such, if for any reason the writer has to change languages, the experience is nothing short of life-threatening. Not only do you have to start everything again from scratch, but you also have to undo what you have been doing for almost as long as you have been around. Changing languages is not for the fainthearted, nor for the impatient.

Painful as it can be at a strictly human level, the experience can also be philosophically fascinating. Rarely do we get the chance to observe a more dramatic re-making of oneself. For a writer’s language, far from being a mere means of expression, is above all a mode of subjective existence and a way of experiencing the world. She needs the language not just to describe things, but to see them. The world reveals itself in a certain manner to the Japanese writer, and in quite another to the one who writes in Finnish. A writer’s language is not just something she uses, but a constitutive part of what she is. This is why to abandon your native tongue and to adopt another is to dismantle yourself, piece by piece, and then to put yourself together again, in a different form.

To begin with, when changing languages you descend to a zero-point of your existence. There must be even a moment, however brief, when you cease to be. You’ve just quit the old language and the new one hasn’t received you yet; you are now in limbo, between worlds, hanging over the abyss. A change of language usually happens when the writer is exiled or self-exiled. Yet the physical exile is doubled in such cases by an ontological one — an exile on the margins of being. It is as though, for a moment, as she passes through the void – the narrow crack between languages, where there are no words to hold on to and nothing can be named – the self of the writer is not any more. Weil’s comparison to the religious conversion is indeed apt because, just like in the case of the convert, the writer who changes languages undergoes a death-and-rebirth experience. In an important way, that person dies and then comes back as another. “When I changed my language, I annihilated my past. I changed my entire life,” says Cioran.

When she starts writing in the new language the world is born anew to the writer. Yet the most spectacular rebirth is her own. For this is a project of total reconstruction of the self, where no stone is left unturned and nothing will look the same again. Your native language – what you were before – appears as less and less familiar to you. But that doesn’t bother you at all; in fact, you look forward to a moment when you will use it as just another foreign language. Not long after adopting French, Samuel Beckett, an Irishman, complained of his native English: “Horrible language, which I still know too well.” The ontological promise of complete renewal that comes with the new language is nothing short of intoxicating.

When you are re-born in this manner it is as if all the possibilities are open; you are given a chance to re-fashion yourself into whatever shape you choose. You are your own demiurge: out of nothing, as it were, you can become everything. Asked, in 1954, why he chose to change languages, Beckett answered: out of a “need to be ill equipped”. His response is exceedingly sly because, if you listen more attentively, its boastful tone is deafening. For in French the need “to be ill equipped” (d’être mal armé) doesn’t sound very different from the need to be (another) Mallarmé (d’être Mallarmé). Anything less than a Mallarmé status would not have been enough for a Beckett on his quest for the new self. Eventually, he didn’t become Mallarmé, but Samuel Beckett, the French author of “Molloy,” “Malone Dies,” or “Waiting for Godot,” which is probably just as good. And as if there was not enough alienation in his adoption of a new language, he alienated himself one more time by translating his French work into English. Elsewhere Beckett claimed that he preferred French because it allowed him to write “without style.” Yet writing “without style” is one of the writing styles most difficult to accomplish; you really need to be well equipped to do it. 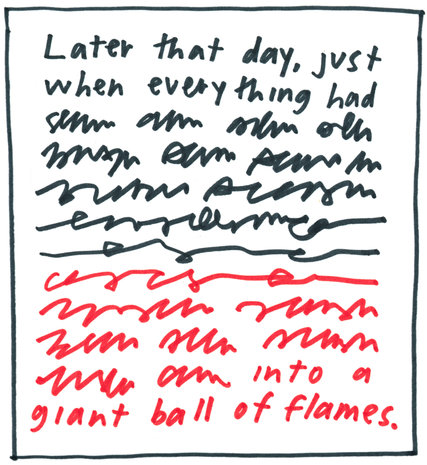 There is something “natural” in one’s becoming a writer in one’s native language. Having reached self-consciousness into that language, having assimilated it along with the mother’s milk, so to speak, such a writer finds himself in a somewhat privileged position: he only has to bring to perfection whatever he has received. Granted, rigorous training, self-discipline and constant practice are necessary; after all, art is the opposite of nature. Yet no matter how you look at it, there is a distinct sense of continuity and organic growing in this writer’s trajectory.

Becoming a writer in a language that is not yours by birth, though, goes against nature; there is nothing organic in this process, only artifice. There are no linguistic “instincts” to guide you on the path and the language’s guardian angels rarely whisper into your ear; you are truly on your own. Says Cioran: “When I wrote in Romanian, words were not independent of me. As soon as I began to write in French I consciously chose each word. I had them before me, outside of me, each in its place. And I chose them: now I’ll take you, then you.”

Many who shift to writing in a second language develop an unusually acute linguistic awareness. In an interview he gave in 1979, some seven years after he moved to the United States from his native Russia, Joseph Brodsky speaks of his ongoing “love affair with the English language.” Language is such an overwhelming presence for these people that it comes to structure their new biographies. “English is the only interesting thing that’s left in my life,” says Brodsky. The need to find le mot juste starts out as a concern, turns into an obsession, and ends up as a way of life. These writers excel at the art of making virtue of necessity: out of a need to understand how the new language works, they turn into linguistic maniacs; out of a concern for correctness, they become compulsive grammarians.

When he moved to France at the age of twenty-six, Cioran’s command of French was barely decent, yet he ended up as one of the greatest stylists of that language. Similarly, Joseph Conrad learned English relatively late in life – which did not prevent him from coming to be one of its most sophisticated representatives. Vladimir Nabokov is doubtlessly another such representative, even though he started learning English at an early age. The same pattern again and again: everything out of nothing, from halting ignorance to a mode of expression of the first order.

Towards the end of Ray Bradbury’s novel “Fahrenheit 451” the reader comes across something whose significance exceeds the confines of the story. It is the scene where Montague meets the “book people.” In a world where printed texts are banned, they have dedicated their lives to preserving the “great books” of the humankind; each commits a book to memory and spends the whole life reciting it. They are living texts, these people, language incarnated. Apart from the masterpieces that inhabit them, they don’t mean much. Their bodies matter as little as the paper on which a book is printed. In a way, a writer who has changed languages is not very different from these people. In the long run, because of their compulsive preoccupation with linguistic precision and stylistic perfection, a colonization of sorts takes place: language penetrates all the details of that writer’s life, it informs and re-shapes it, it proclaims its dominion over her – it takes over. The writer’s self is now under the occupation of an invading power: her own writing in the new language.

In a certain sense, then, it could be said that in the end you don’t really change languages; the language changes you. At a deeper, more personal level, writing literature in another language has a distinctly performative dimension: as you do it something happens to you, the language acts upon you. The book you are writing ends up writing you in turn. The result is a “ghostification” of sorts. For to change languages as a writer is to undergo a process of dematerialization: before you know it, you are language more than anything else. One day, suddenly, a certain intuition starts visiting you, namely that you are not made primarily out of flesh anymore, but out of lines and rhymes, of rhetorical strategies and narrative patterns. Just like the “book people,” you don’t mean much apart the texts that inhabit you. More than a man or a woman of flesh and blood, you are now rather a fleshing out of the language itself, a literary project, very much like the books you write. The writer who has changed languages is truly a ghost writer – the only one worthy of the name.

Having done all this, having gone through the pain of changing languages and undergone the death-and-rebirth initiation, you are sometimes given – as a reward, as it were – access to a metaphysical insight of an odd, savage beauty. It is the notion that the world may be nothing other than a story in the making and that we, who inhabit it, may be nothing more than characters. Characters in search of an author, that is.

Costica Bradatan is an associate professor of honors at Texas Tech University and the religion/comparative studies editor for The Los Angeles Review of Books. His most recent book is “Philosophy, Society and the Cunning of History in Eastern Europe.”