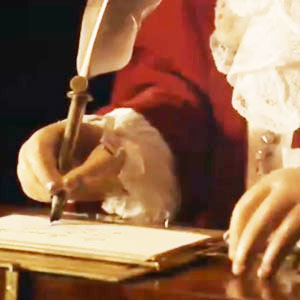 Pierre Jaquet-Droz (1721-1790) was a Swiss-born watchmaker of the late eighteenth century. He lived in Paris, London, and Geneva, where he designed and built animated dolls, or automata, to help his firm sell watches and mechanical birds.

Some consider these devices to be the oldest examples of the computer.