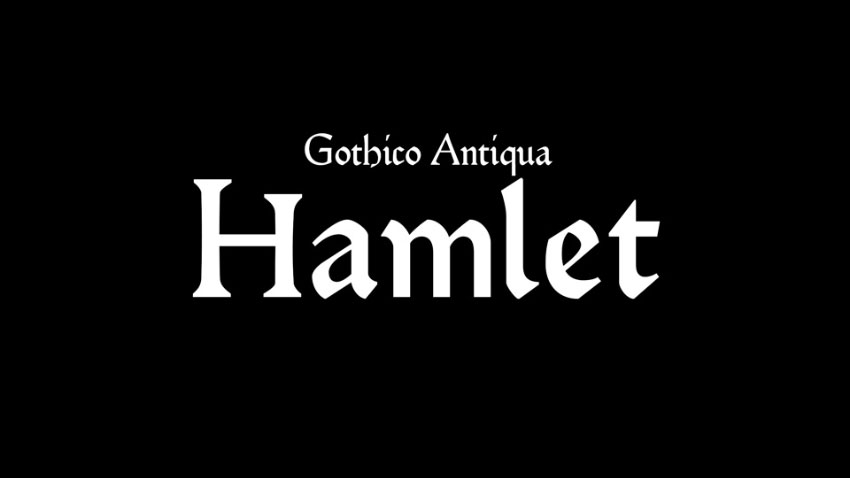 A little bit of a reach for Font Friday today:

In the play, the ghost of Hamlet’s father tells Hamlet that he has been a victim of “Murder most foul” by his own brother’s hand, moving the action along quite nicely.

Hamlet (also named Kessler-Blackletter), Hybrid designed by Edward Johnston, cut in three sizes (10, 12 and 18 pt) by Edward Prince for William Shakespeare’s Hamlet. Published by Harry Kessler’s Cranach Press in Weimar in 1929. The type is based on the Durandus for the lowercases, and Sweynheim & Pannartz’s Subiaco type for the capitals. The type was used for trials in other books, none of which were completed. Type design workshop at Bauhaus Universität Weimar and Anna Amalia Bibliothek Weimar, January 2018.

Hamlet fonts are a part of Gothico Antiqua project. Based on a series of workshop sessions conducted between 2015 and 2018 in art and design schools across France and Germany, with over 150 students, the digital typefaces are the result of thorough analysis and redesign of the originals.

Designed by ANRT Type
License: Free for commercial use, OFL