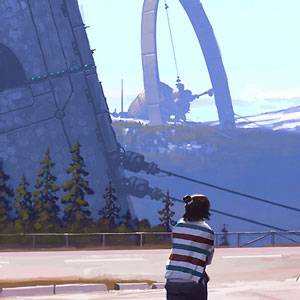 By Dante D’Orazio from theverge.com: 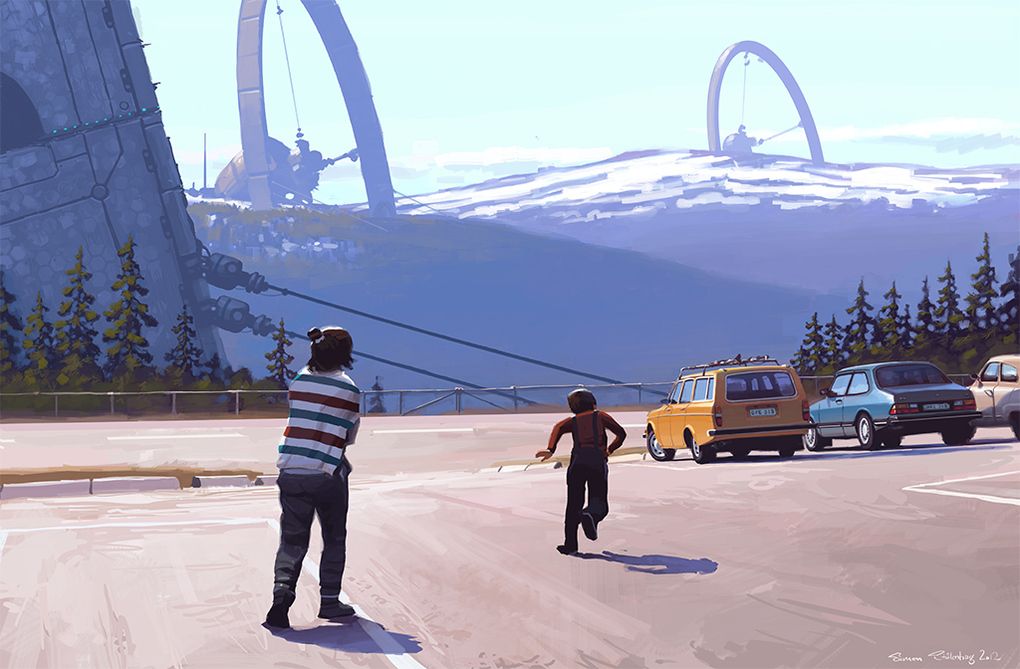 Welcome to rural Sweden, sometime in the late ’80s. Citizens go about their mundane lives and children explore the countryside. But something isn’t quite right. Robots and hovercrafts are commonplace, and decaying science facilities sprout from the harsh Scandinavian landscape. There’s even a rumor circulating that dinosaurs have returned from the dead after some failed experiment.

This is the world that exists in artist Simon Stålenhag’s mind, and it’s only accessible through his paintings. The alternate universe he’s created is inspired by the sci-fi movies he watched as a kid growing up in the rural areas around Stockholm. As he explains to The Verge, “The only difference in the world of my art and our world is that … ever since the early 20th century, attitudes and budgets were much more in favor of science and technology.” So boxy Volvos, Volkswagens, and Mercedes share the landscape with robots. But science has lost some of its luster. In Sweden, a massive government science facility (equipped with an underground particle collider, of course) is long past its glory days in the field of “experimental physics.” Despite developments in robotics and “anti-grav” technology, the difficulties of the modern human experience haven’t changed.

The artwork is impactful as a result of this juxtaposition between the harsh realities of life and the sci-fi technologies of our dreams. It’s reminiscent of worlds like the one so effectively portrayed in games like Half-Life 2, and like such great video games, the universe created by the artist seems to continue beyond the edge of the canvas.

Simon Stålenhag used a Wacom tablet and pen to digitally paint the works below. More of his work, including prints and shots of some of the paintings below in detail, are at his website. All images used with permission, and copyright Simon Stålenhag.